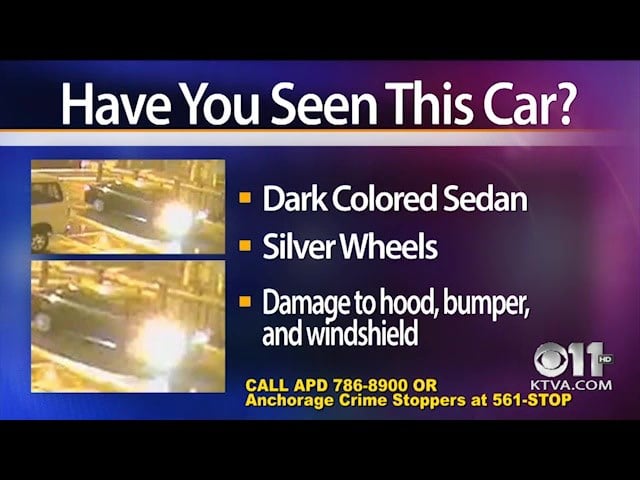 The Anchorage Police Department is asking for the public’s help in identifying a vehicle believed to be involved in a collision that killed pedestrian Tyrone Milton on Oct. 2.

When police arrived at the scene of the collision, Milton was found unconscious with severe injuries. There were no vehicles at the scene and no one reported a collision with a pedestrian. The suspect vehicle was seen on the night of the collision driving through the west lot of the Gambell Street Carrs, according to APD spokeswoman Jennifer Castro.

Police said in a statement they believe the vehicle to be a dark colored sedan with silver wheels and potentially tinted windows, as shown in the photograph above. Castro said there may be damage to the front end of the vehicle — bumper, windshield and hood — caused by the collision.

Anyone with information on the collision or the vehicle and its driver is asked to call APD at 786-8900, or submit an anonymous tip by calling CrimeStoppers at 561-STOP (7867).