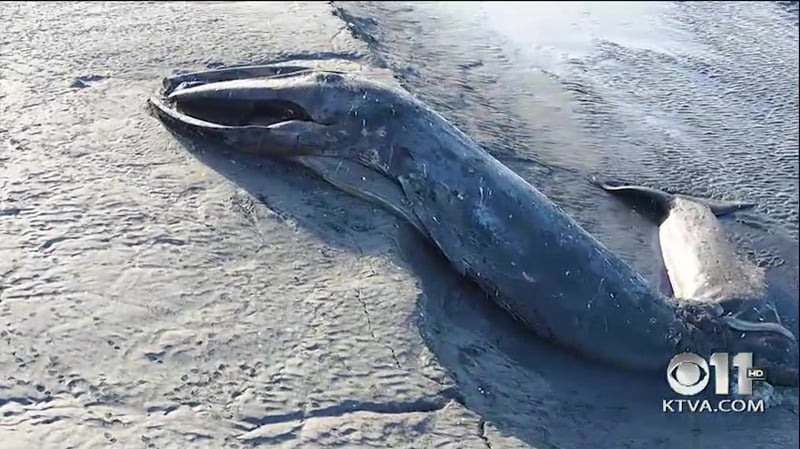 Marine biologists are trying to figure out if a dead fin whale spotted in Knik Arm is connected to a larger die-off that happened this summer near Kodiak.

Biologist Barbara Mahoney, with the National Oceanic and Atmospheric Administration, says the 60-foot-long whale was first reported stranded about three weeks ago near the Port of Anchorage.

NOAA was able to secure it on Sept. 28 and bring it to shore to collect samples. Shortly after, the whale drifted away with the tide.

On Oct. 19, it was spotted by a pilot on the west side of the Knik Arm, across from the Birchwood Airport.

Mahoney says it could’ve died from a ship strike or by eating harmful algae.

“It is still ongoing, we’re still trying to collect samples, and they’re considering the relationship of this large whale’s mortality feeding on small plankton, feeding on harmful algae blooms, acid, paralytic shellfish poisoning,” Mahoney said. “That’s been documented and some beaches have been closed in Alaska associated with that.”

Biologists are still trying to decide if they will attempt to reach the whale to perform a necropsy.

Every year, about 200 whale strandings are reported around Alaska coastline, according to NOAA.