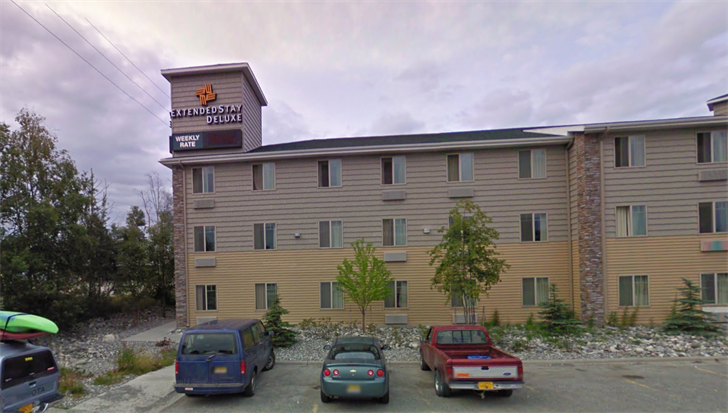 The Anchorage Police Department says a 4-year-old girl suffered non-life threatening injuries when she fell from a third-floor window at a local hotel.

Police were notified of the incident at 1:24 p.m. at the Extended Stay hotel on E 34th Avenue, APD spokeswoman Renee Oistad said in an email.

The girl reportedly crawled on top of a heater and was leaning against the window when the screen popped out. She fell onto a grassy area, Oistad said. She was transported to a nearby hospital for treatment of her injuries.

Heidi Kelly and her daughter, Allana Mosquete, were in the hotel parking lot when the girl fell. Kelly says Mosquete saw the girl pushing on the screen, “playing,” and then watched her fall. Kelly turned around just before the girl landed.

The girl was initially unresponsive, according to Kelly.

“I actually thought at first she was dead,” she explained. “Her eyes were wide open, looking right at me, but there was no response.”

She said the girl began moving a few moments later and Kelly tried to calm her down and keep her from moving while Mosquete called police. The girl’s mother “was screaming” out the window initially, according to Kelly, and “ran down three flights of stairs” to reach them.

Oistad said the girl’s mother was in the other room when the incident occurred. No criminal charges have been filed.