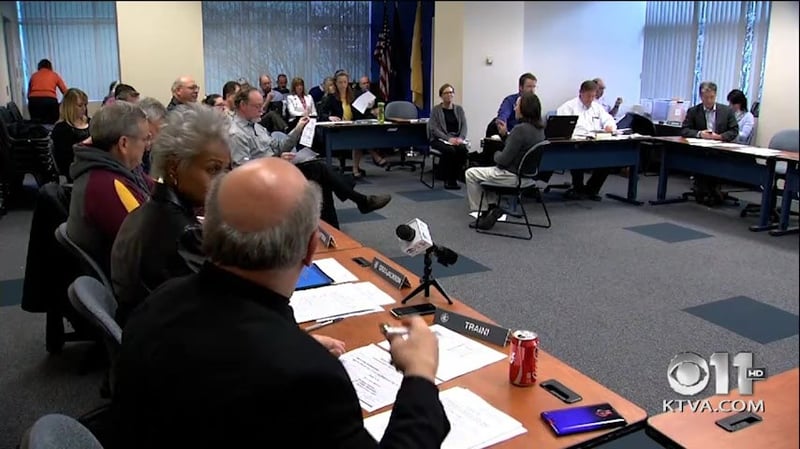 Following a public safety committee meeting Wednesday, the Anchorage Assembly went through the details of ordinance AO 2015-111 Friday. The measure would increase traffic citation fines by about 32 percent overall. It would also change the repercussions of the bans on driving while texting and driving without insurance.

Those charges currently stand as misdemeanors but would be changed to violations. While that is a reduction in severity, police hope it would lead to better behavior, as municipal prosecutor Seneca Theno explained people charged with the misdemeanors rarely pay the $5,000 fine or serve the maximum one-year prison sentence.

Police said texting while driving has become a dangerous behavior that needs to be stopped.

“Is it really that different than reading a book or applying makeup in your rearview mirror as you’re driving down the highway at 70 miles per hour? It isn’t,” said Anchorage police Sgt. Roy LeBlanc, who heads the department’s traffic division.

He expressed concern that even with more stringent laws, little can be done without the necessary means for enforcement.

“What we really need is to actually increase the staffing level of the police department,” said LeBlanc, whose unit currently staffs eight officers.

Mayor Ethan Berkowitz said the ordinance could bring in an additional $1 million each year from the increase in APD fines. That money could be used toward making up for the $11 million budget shortfall or to fund an additional police academy planned for 2016.

The mayor said the ordinance would help reduce the number of dangerous drivers while APD worked toward recruiting and training new officers.

“The potential cost to bad drivers will help make the streets safer until we get to the point where there are enough officers,” Berkowitz said.

The ordinance will be officially introduced at the Assembly meeting on Tuesday.