FRANKLYWNOW - Success Inside and Out: Female inmates prepare for new chapter i

Success Inside and Out: Female inmates prepare for new chapter in life 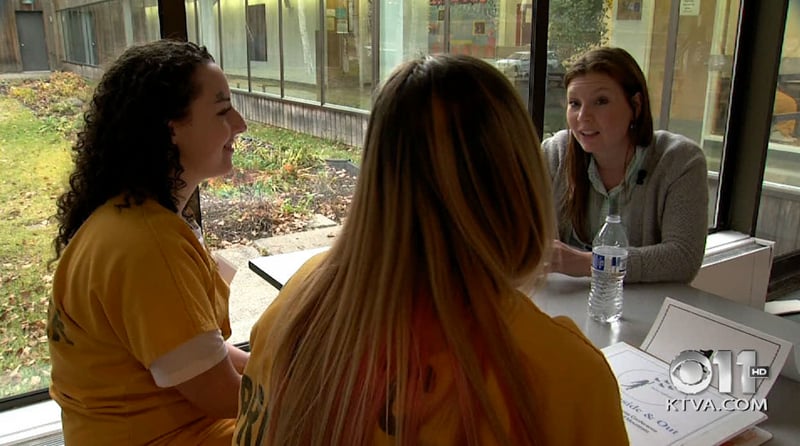 Judges, doctors and businesswomen gathered at Hiland Mountain Correctional Center Saturday to speak with female inmates about life after prison. More than 100 volunteers took part in the 10th annual “Success Inside and Out” conference, which was started by former Alaska Supreme Court Chief Justice Dana Fabe.

“When they’re in here, they don’t make a lot of choices. The institution makes their choices for them. And then we expect them to make good, healthy choices when they get out,” said Fabe. “This conference is designed to give them ideas of how they can stay healthy and sober once they’re released.”

She said the conference helps inmates find ways to be independent once they return to society. Inmates within one year of release could take advantage of workshops, one-on-one sessions on topics like careers and education or even participate in a zumba class.

“It does reinforce the idea that we do matter — not just to our families but to the community as a whole,” said inmate Elisa Shuravloff, who is set to be released on Nov. 7.

Many of the volunteers run businesses that hire former inmates, including Fire Island Rustic Bakeshop.

“They can turn this conference into a stepping stone for the outside world,” said Rachel Saul of Fire Island, who has been volunteering at the conference for four years.

Saul says she once hired a former inmate who spent 21 years in the prison.

“The women that have come to us from Hiland are some of the hardest working, funniest and most sincere people we’ve ever met,” said Saul.

She said it’s vital to make the inmates nearing release informed about the challenges of the outside world while instilling in them the confidence that they can succeed.

“Everyone deserves to be celebrated,” said Saul.

The post Success Inside and Out: Female inmates prepare for new chapter in life appeared first on KTVA 11.