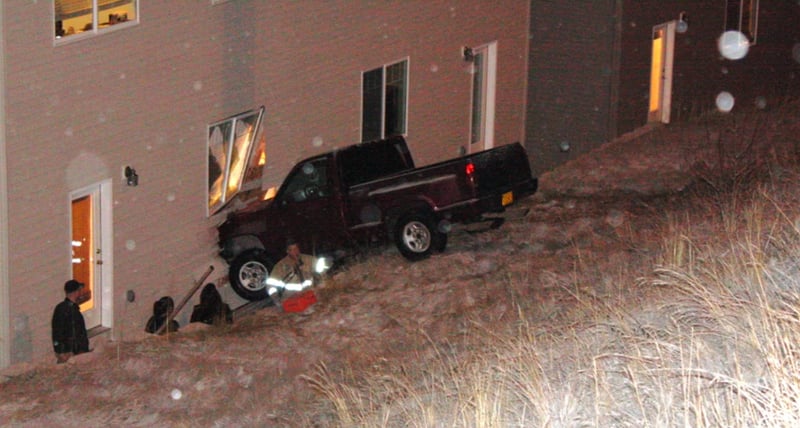 Eagle River resident Dan Dirscherl is on a mission to stop people from speeding through his neighborhood on Driftwood Bay Drive.

He complained that drivers use the stretch of road as a drag strip. In fact, he made an anti-speeding video and put it on YouTube to create some awareness about the problem.

In the video, he showed a black pickup truck that crashed into the kitchen of a nearby home. He also showed pictures of Jeep that rolled onto his yard and ended up on the sidewalk.

His anti-speeding message is very clear on his home. Dirscherl flies a homemade flag on his house that tells drivers the speed limit is 25 miles per hour. He said his one-man campaign is all about getting drivers to think about safety.

“I’d just really like folks to think about it,” he said. “When you get in your car, especially through the neighborhoods, just be aware of what you’re doing. Stay off your phone, don’t put your make-up on.”

Dirscherl said he brought up the idea of speed bumps to community leaders, but said he was told that snow plow drivers, firefighters and EMTs had concerns with that idea.