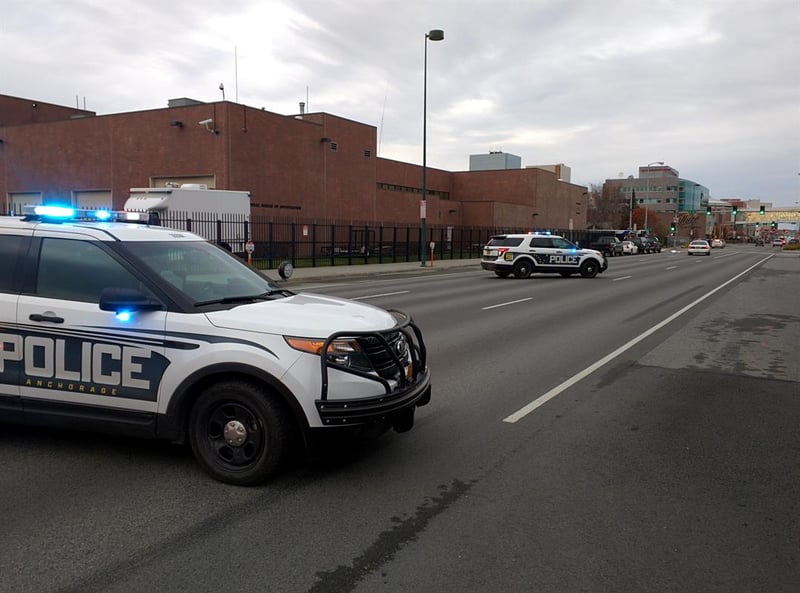 A collision between a vehicle and a pedestrian in downtown Anchorage Tuesday morning has left one person dead, according to police.

Police and emergency crews were notified around 9:45 a.m. of a fatal collision between a pedestrian — later identified as 46-year-old Evelynn Buckles — and a silver van at the intersection of West Fifth Avenue and A Street., according to a release from the Anchorage Police Department.

“It was reported to police that a silver van was traveling through the green light when the female pedestrian entered the roadway and collided with the vehicle,” the release states.

Buckles apparently stumbled and fell into the road, where she was struck by a silver minivan, according to APD Sgt. Clinton Peck. Emergency crews pronounced Buckles dead upon arriving at the scene. A toxicology report is pending.

According to Sgt. Peck, the driver of the silver van had the green light and was moving with traffic, “doing everything right.” The driver also gave blood so police can run a toxicology screening, Peck said. APD spokeswoman Renee istad said Wednesday the driver will not be cited.

Officials stressed that downtown can be dangerous for pedestrians and that people need to make sure they’re in crosswalks and have the light before crossing.

Oistad said Buckles was reportedly from a rural village in Alaska, and it was not clear if she was living in Anchorage or visiting when she was killed. Her next of kin have been notified.