Anchorage crews respond to crash with injuries on Fireweed Lane 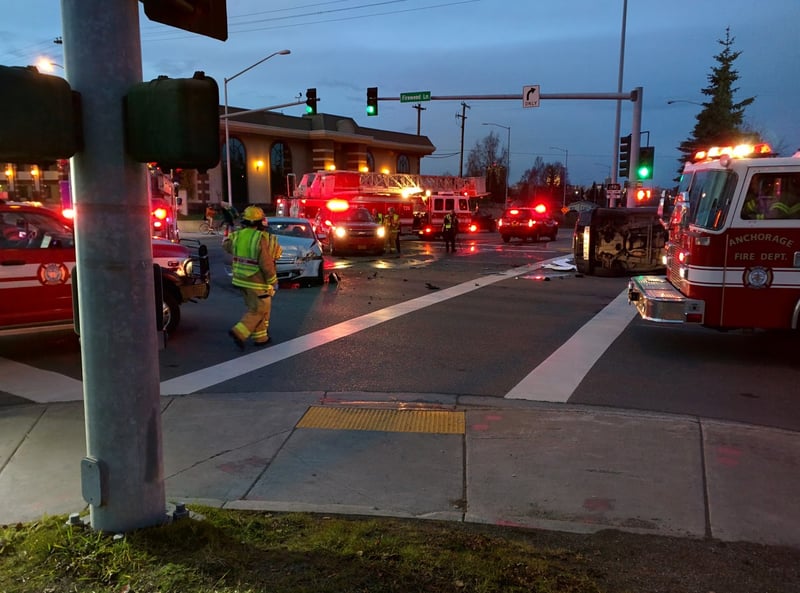 Two occupants were trapped in their car after a collision at the intersection of Fireweed Lane and A Street Wednesday evening.

The two-vehicle crash was reported just after 6 p.m., according to Anchorage police spokeswoman Renee Oistad. Police on scene said a silver car ran a red light and struck a Jeep. The Jeep flipped onto its side during the crash, trapping the two occupants inside until fire crews could extricate them.

Some of the four individuals involved in the crash were transported to a nearby hospital with minor injuries, Oistad said.

Oistad said until tow trucks could remove the vehicles from the scene, all Fireweed lanes were closed and some restrictions would be in place for A Street lanes headed north.

The post Anchorage crews respond to crash with injuries on Fireweed Lane appeared first on KTVA 11.