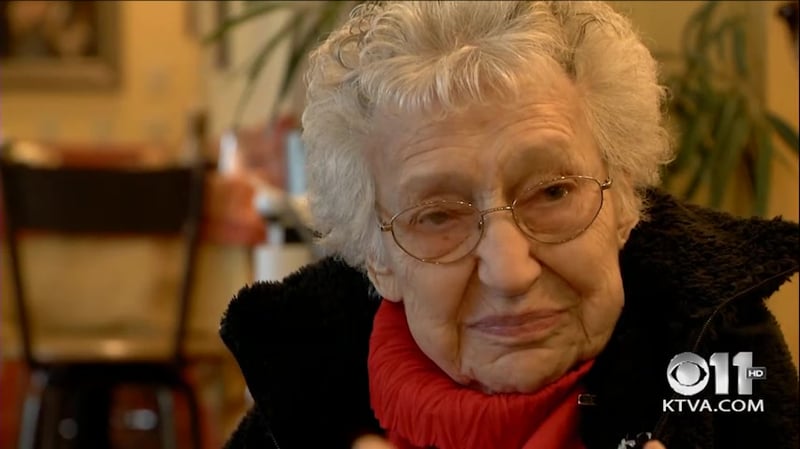 To her friends, she’s known as “Tiny,” but there’s nothing small about a Wasilla woman’s long life.

Buzby had a big party over the weekend, with some friends and family making the long trip to Alaska for the event. Buzby’s great grandson, Tyler Park, may have made the most unusual journey, and possibly the furthest. He biked to Alaska with a friend from Memphis, Tenn.

“I’m still in school at the University of Memphis,” Park explained about his decision to ride to Alaska. “Maybe I should take a break. My great grandmother is turning 100 at the end of October, and maybe I should just ride my bike up and see her.”

Park made the trip with his buddy Ryan Barton. They left Memphis in mid-July. By the end of September they had traveled 4,000 miles and arrived in Wasilla.

Tiny told her great-grandson his journey to see her had made her feel special. But family members say Tiny has been a special woman since the day she set foot in Alaska 85 years ago. Tiny was 15 years old, and a year later would be married to the man who would be her husband for the next 70 years. The couple homesteaded outside of Fairbanks, hunting, fishing, raising dogs and running a trap line while managing to raise a family.

It’s that family that is celebrating with Tiny and marking her 100 years. They’d be the first to tell you that despite her little name, Tiny Buzby has led a very big life.