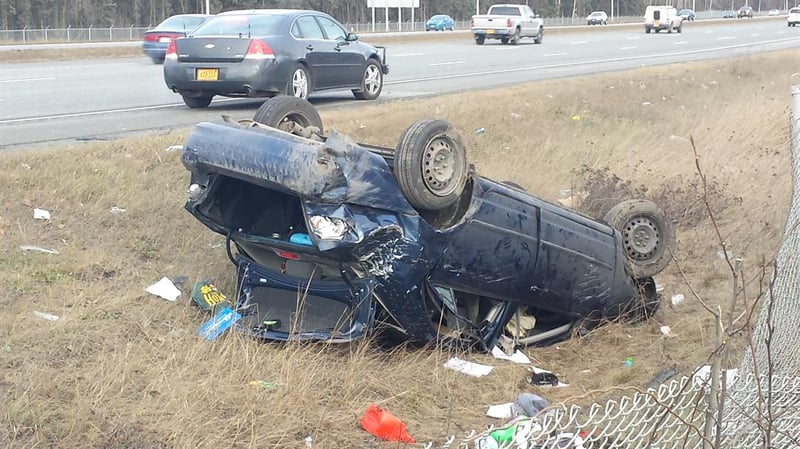 Anchorage police and fire crews have responded to the scene of a rollover on the Glenn Highway.

The single-vehicle crash was reported near the Turpin Street exit by an Anchorage police officer at 3:08 p.m., according to police spokeswoman Renee Oistad. The vehicle landed upside down on the side of the road.

Police requested heavy rescue equipment from the Anchorage Fire Department for a possible entrapment, but Oistad said the victim was later able to crawl out of the vehicle on their own.

Only minor injuries were reported by the two victims, identified only as a man and a woman, Oistad said. At least one of the victims was transported from the scene via ambulance.

Drivers traveling outbound on the Glenn Highway are asked to avoid the far right lane as a precaution as rescue crews work to clear the scene. She said no lanes have been closed as a result of the crash.