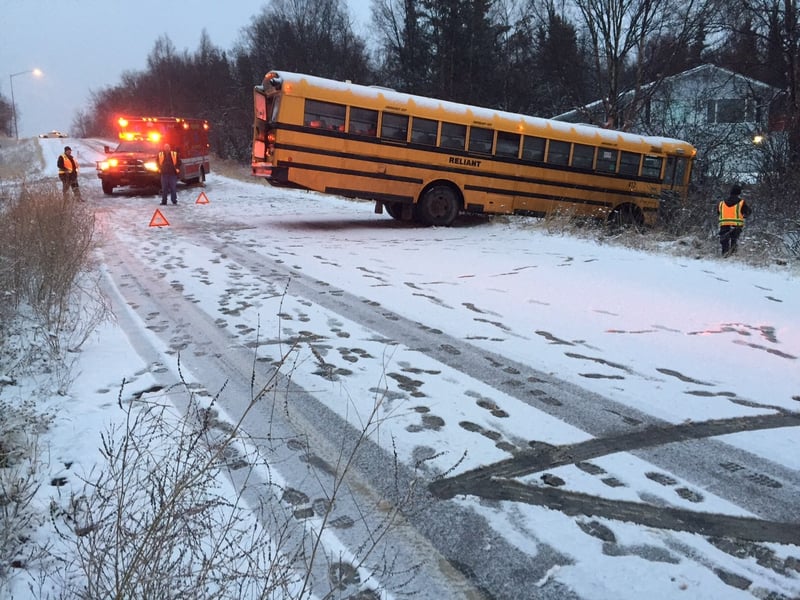 ANCHORAGE – Authorities are warning drivers of slippery roads after a school bus with children aboard ended up in a ditch in South Anchorage Friday morning.

No major injuries were reported, said Anchorage Fire Department spokesperson John See. However, the eastbound lane of DeArmoun Road at Carita Lane was blocked because of the bus crash. In alert sent out around 10:15 a.m., Anchorage police said the road had been reopened.

“We know it impacted a tree,” said See of the bus.

Three children were on the bus, said Anchorage School District spokesperson Heidi Embley. Authorities at the scene said the kids were not injured, but they were checked by medics and sent home to their parents. The bus driver was sent to a doctor. It was not immediately clear if the driver sustained injuries.

According to Anchorage police, the bus was headed to Bear Valley Elementary School.

The crash was reported around 8:30 a.m., See said, after rainfall turned to snow Friday morning.

The post No major injuries reported after Anchorage school bus ends up in ditch appeared first on KTVA 11.