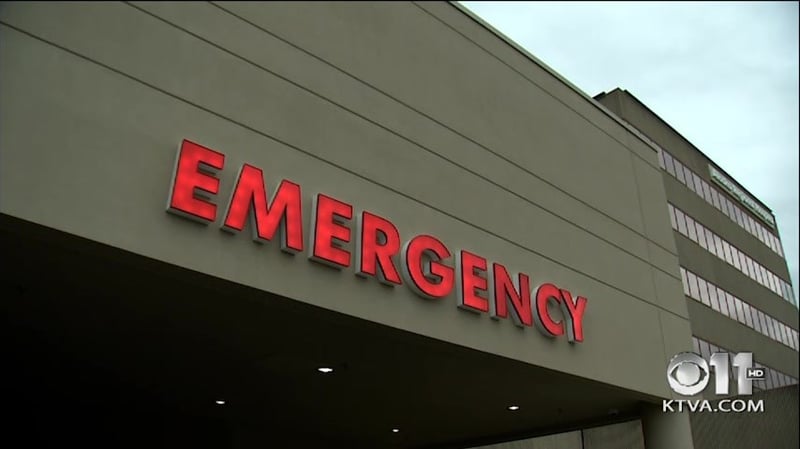 For the month of October, more than 20 percent of Anchorage calls for emergency medical services were related to spice, a synthetic form of marijuana laced with chemicals that make it much more potent than pot.

The fire department logged more than 350 calls this month. Most of those came from Bean’s Café and Brother Francis Shelter campus in downtown Anchorage.

Since July, the demands on the city’s emergency services have been at an all time high.

Although spice has been around for several years and was once legal, police have pinpointed the sudden spike in patients suffering from adverse spice reactions. Lt. Sean Case, the dayshift supervisor for the Anchorage Police Department, says investigators have traced the dramatic increase in the use of the drug to dealers who specifically target the homeless.

He says they began in July by offering free samples of spice outside of the Brother Francis shelter in the morning, as its residents set out for the day.

“And the first couple of days, they were introduced to spice for free,” Case said. “It was handed out down there. They were able to ingest. Day three, they started charging.”

Case says the price for the drug started out at $1 a joint and gradually went up to $5 to $10.

The profit margin, he says, is very high. The spice itself can be ordered on the Internet for as low as $5 a packet and then divided up into joints or put into small plastic bags to be resold — resulting in a resale value several times the initial investment.

Case says police have been effective in chasing off dealers from Bean’s and other places the homeless frequent. They typically move to a new location for a while and eventually return. The cycle repeats itself.

Another cycle seems to be getting worse.

AFD logged 30 spice related calls in a single day in October. The patient transports frequently involve the same people, who are still wearing hospital bracelets and other medical attachments from a recent visit to the emergency room.

“How do you deal with somebody who continues to put their hand on a hot stove, after they’ve already suffered a burn?” said Dr. Michael Levy, the director of AFD’s emergency medical services.

Levy is also an emergency room physician for Alaska Regional Hospital. He says the spice crisis not only affects the homeless but the public at large.

He says spice calls tend to happen in clusters, which means emergency room staffers have to scramble to handle several cases at once. Also, Levy says, patients under the influence of spice often experience heart or respiratory failure, or other life-threatening reactions – which consume much of the ER’s resources and basically become a “mass casualty event.”

There have been times when every hospital emergency room in Anchorage has been stacked with patients experiencing spice reactions, which can mean delays in care for other patients. There have also been times this month when every AFD emergency crew has been tied up responding to spice cases.

He predicts it’ll be front-page news when emergency crews are not able to respond in a timely fashion to a patient in need of care.

Public safety workers are hoping a proposed city ordinance criminalizing the drug and imposing jail and hefty fines might put a brake on the problem.

Even some of the homeless, like Swande Norback, welcome a crackdown on dealers.

“This is our new epidemic,” Norback said.

He got emotional when talking about dealers and the vulnerability of the homeless, who are slaves to their alcohol and drug addictions.

“They ain’t got much money, but guess what? Those are my people,” said Norback, brushing back tears.

Norback says even though the price of spice has gone up, it’s still cheaper than alcohol – the drug’s main appeal to the homeless.

His message to dealers: “Stop killing my people. Go away.”