FRANKLYWNOW - DOT: Timing of snow, not lack of response, made roads dangerous

DOT: Timing of snow, not lack of response, made roads dangerous 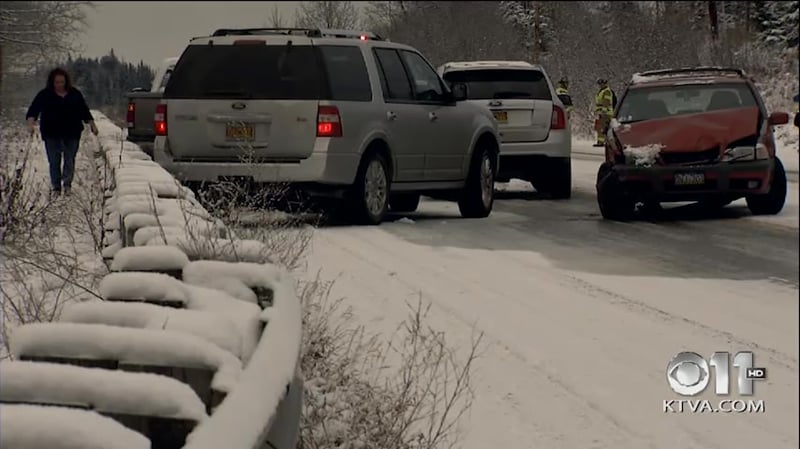 Roads throughout Anchorage, Eagle River and the Mat-Su Valley were slick and dangerous after Monday morning’s snow.

It put a strain on Alaska Department of Transportation crews. DOT officials say it wasn’t a lack of response that caused the roads to be so slippery. The timing of the snowfall, which started around 4 a.m., made it tough to catch up before rush hour.

“Unfortunately the conditions were such where it was just hovering right below freezing, so as soon as cars started driving over it, it started icing over,” said DOT public information officer Shannon McCarthy. “We actually had reports of freezing rain on the Glenn.”

McCarthy acknowledges budget cuts and overtime caps will slow down response in a normal snowfall situation, but exceptions are made when the conditions are deemed dangerous, like this morning.

“We’re always going to jump on top of safety issues,” she said.

The People Mover buses also had a hard time staying on route.

She says ridership spikes in the winter, when people just don’t want to drive. It takes really bad weather to shut down service, and today didn’t qualify.

“This was nothing,” Karcz said. “The days that we would shut down would maybe be when there’s actually an inch of water on top of an inch of ice, when you put on your brakes and you can’t do anything and a bus will start sliding sideways.”

Heavy snowfalls this winter will likely slow down DOT crews and snarl traffic for cars and buses alike. McCarthy asks that drivers think ahead, drop that speed and remember: safety first.

Karcz says the buses will try to keep to a schedule, no matter the conditions, but obviously safety comes first.

If you don’t want to drive, you can see when a bus will be arriving at a stop near you by checking the Bus Tracker app.

The post DOT: Timing of snow, not lack of response, made roads dangerous appeared first on KTVA 11.