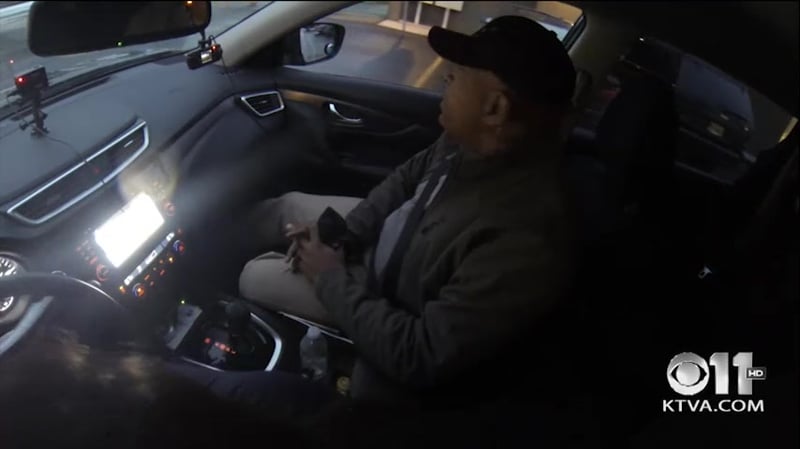 Butch Evans has spent 34 years teaching people how to drive, and as the owner of Be Smart Driving Academy, he’s pretty much seen it all.

We spent less than an hour driving with him, and the violations started piling up. One driver failed to stop at a stop sign, and another couple drivers went through a four-way stop before their turn.

Along with following the rules of the road, Evans says there are a few things drivers need to do in winter weather.

“Clean the windows of ice and snow — state law — leave the house a little bit earlier, leave a bigger gap [between you and the car in front of you],” he outlined. “And everything you do, you want to do gingerly.”

He showed us the do’s and don’ts in a vacant parking lot.

“What gets people in trouble [is] they corner too quickly, they steer too sharply,” he said, showing us how we lost some control of the car taking a sharp right turn, but had full control taking it slow.

But Evans said real driver safety starts before you even get behind the wheel.

“You gotta prepare for winter, and I don’t think most people do,” he said.

We asked him who makes a better driver — a lifelong Alaskan, or someone who has just moved here from Outside. His answer may surprise you.

“When you first get here, the winter intimidates you, so you want to take as much safety precaution as you can, so a newcomer is thinking, ‘I gotta get this, I gotta get that,'” he said. “Where the guy who’s lived here for 40 years, you know, we’re just a little slower behind the curve to get the things up to speed that we should.”

As more snow starts to fall, he hopes everyone who’s procrastinated gets prepared fast.