FRANKLYWNOW - State-owned slaughterhouse may still be on the chopping block

State-owned slaughterhouse may still be on the chopping block 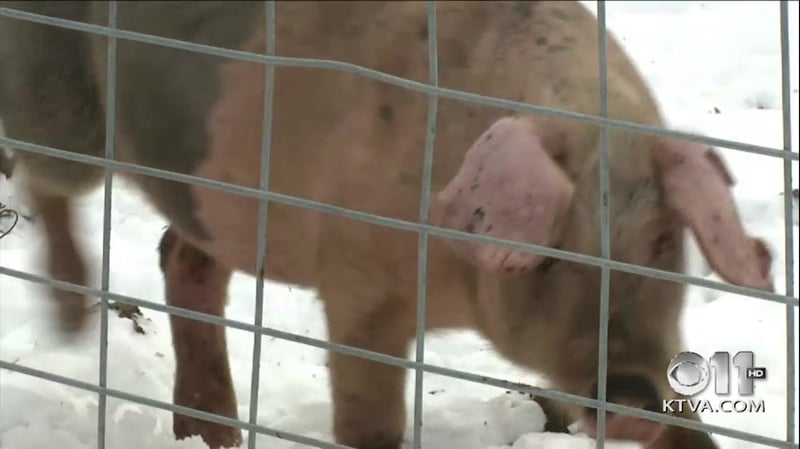 It’s looking more like a state-owned slaughterhouse in the Mat-Su Valley will close its doors if legislators decide not to fund it for another year. And that has some farmers worried.

Mount McKinley Meat and Sausage isn’t usually a money-maker. According to the Alaska Department of Agriculture, it loses about $100,000 in most years. The money to fund the plant doesn’t come from the state’s operating budget, it comes from an Agricultural Revolving Loan Fund, but legislators still need to approve it.

Pig Farmer Alex Davis said he doesn’t have a choice where he takes his pigs to be butchered. He needs to have the U.S. Department of Agriculture stamp on his meat that he can only get at the plant, in order to sell it to the public.

“It puts me in a tenuous situation,” Davis said. “I make about a third of my income selling cuts of pork. I can’t absorb a 30-percent pay cut. I don’t know many people who can.”

Davis said Alaska needs to grow more of its own food, including livestock. He said a state investment in the slaughterhouse is worth it to keep the industry alive. He said being a farmer in Alaska is hard enough.

“We fight so hard against the weather and the short growing seasons. And you try to go to sleep at night and you think, ‘oh wait, now I have to fight the Legislature,’” Davis said.

Legislators could decide to continue funding the plant in the next session, although several have expressed their reluctance to do that. It’s possible that someone in the private sector may want to take it over, but the Division of Agriculture said so far there have been no takers.

The post State-owned slaughterhouse may still be on the chopping block appeared first on KTVA 11.