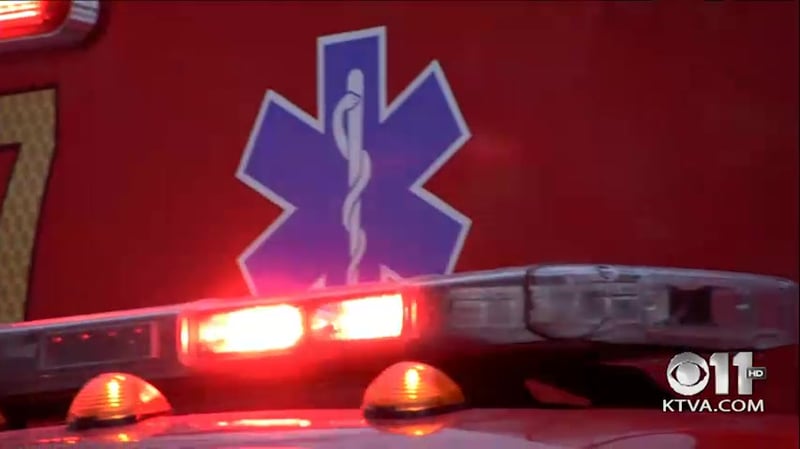 ANCHORAGE – Firefighters discovered an elderly man who was not breathing when they responded to a house fire in South Anchorage this morning. He later died, according to fire officials.

The Anchorage Fire Department said they performed CPR on the man at the scene before he was sent to a local hospital. He was found “halfway between” the hallway and living room, where the fire appears to have been centralized, according to AFD fire investigator Brian Balega. Capt. Matt McSorley said it appeared the man had tried to escape.

Balega said most of the home sustained smoke damage, but only the living room and attic area above it were directly affected by the flames.

The burned home is on the 13000 block of Lake Otis Parkway and one house away from Rabbit Creek Elementary. According to AFD, neighbors called in the fire at 8:39 a.m. Smoke could reportedly be seen from the nearby Seward Highway.

Seventeen units responded to the fire, but had a hard time getting inside. Besides the front door, AFD said all the doors on the home were nailed shut.

Besides inoperable doors, an added challenge for firefighters was the condition of the home.

“The house was filled with a huge amount of debris. I fell through the floor two times,” McSorley said.

AFD spokesman John See said the home was in “serious disrepair,” and that the homeowner may have nailed the doors shut in an effort to prevent anyone from accessing dangerous areas, like the porch, where a firefighter fell through.

No smoke detectors were going off when AFD arrived. Seventeen units responded to the fire, See said. Firefighters found no working smoke alarms inside the home.

“If there’s one lesson that everyone can learn here, it’s that smoke detectors can save your life,” McSorley said.

As part of a national “Home Fire Preparedness Campaign,” the American Red Cross of Alaska is giving out free smoke alarms to people who need them, said Beth Bennett, regional communications officer for Alaska.

So far, Bennett said, 343 smoke alarms have been installed in Alaska as part of the effort. She says people can contact their local Red Cross office for more information.

See said that while the fire is not considered suspicious, it is being investigated.