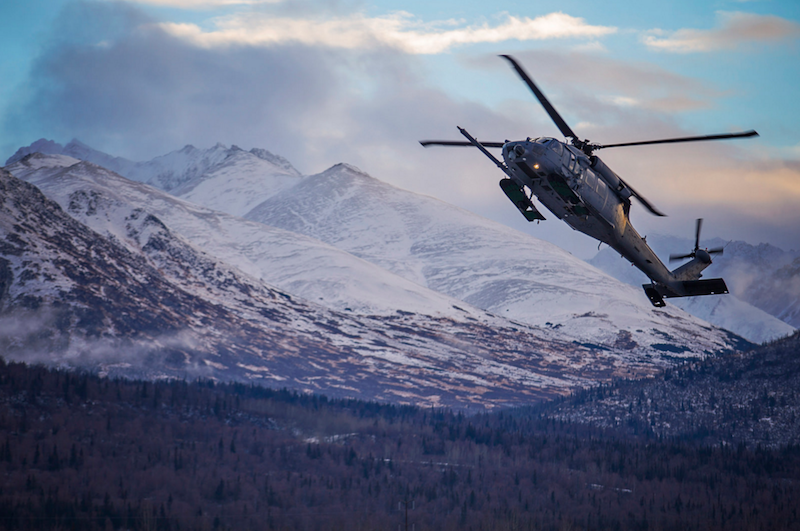 Two people were rescued after their plane crashed in Southcentral Alaska on Saturday, according to a release from the Alaska National Guard.

The Alaska Rescue Coordination Center reported the two individuals were attempting to land at a remote airstrip near Eight Mile Lake. The plane flipped over during landing, the release says.

“The snow was too deep,” said Master Sgt. Armando Soria, ARCC superintendent. “The aircraft was not equipped with skis, and as they were attempting to land, the snow caught the wheels and flipped the plane.”

A ground team would not have been able to get to the survivors, says Soria. They were uninjured but weren’t prepared with survival gear, the release says, so airmen with the Alaska Air National Guard’s 210th and 212th rescue squadrons were sent out.

“The team flew to the location, rescued the survivors and flew them to Mat-Su Regional Hospital, where they were released to medical personnel,” the release continues.

Soria says this incident is a reminder to “be prepared when you’re navigating the skies of the Alaska wilderness.”

“It is important to always pack at least the minimal essential survival gear, ensure you have an emergency locater beacon,” Soria said. “That will help your chance of survival.”