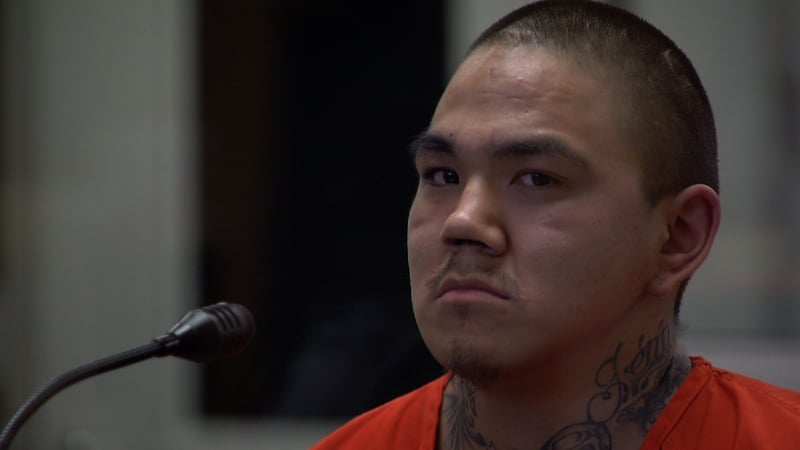 Two former Eye to Eye Assisted Living Home employees are speaking out against the company, after Anchorage police say a caretaker was attacked and killed by a patient over the weekend.

It happened at a home on Viburnum Drive, near East 68th Avenue and the Seward Highway. The Anchorage Police Department said patient Gilbert Nashookpuk, 25, strangled, kicked and punched his 57-year-old caregiver, Glenna Whylie, to death Saturday night. He told police it was because she made him mad.

“That could have been me,” said former Eye to Eye ALH employee Jodie Hiett. “I worked nights there, and I know what it’s like there. I know how scary it can be by yourself in that house.”

Another woman, who wished to remain anonymous, said she was the manager for Eye to Eye ALH, owned by Margaret Williams. The woman said she’d also been attacked by a resident, and quit her job two weeks ago.

“I really do think it’s about the money,” echoed Hiett.

According to online state records, the home is licensed for five people, but Hiett said even when she worked there a year ago, she would often be alone in the house with six patients, and the previous manager said Nashookpuk arrived a week ago, totaling seven patients to one staff member.

“Just having one more person in that house, one more, and I really don’t think it would have happened,” Hiett said.

Hiett also says the company makes extra money off of a female patient in the basement, because she requires having her own staff member. She said on paper, she was the patient’s personal staff member, but in reality she was taking care of five others at the same time.

And staffing wasn’t the only problem. Both women said the security cameras in the home have been disabled for months, and for a while, the lock to the employee office, where all the medicine is kept, was broken. The office also acted as a safe room.

“If the lock’s not working and there’s only one of you, there’s nothing that’s gonna protect you in that house,” Hiett said.

“I do not think she should have a license,” Hiett said.

She says what happened there was her worst nightmare, and the worst part is that she believes it could have been avoided. Nashookpuk is a registered sex offender. Hiett said he should never have been in the home shared with a female patient.

We tried to learn more about the State’s regulations for assisted living homes Monday. These are some of the questions we sent to the Alaska Department of Health and Social Services’ Assisted Living Office:

The department told us they can’t answer any of these questions, and instead released this statement:

“We regret we cannot comment on this case or answer questions related to the details of this case at this time. The Department values the privacy of people who live and work at assisted living homes, as well as the victims of this tragic incident and their families. The Department is investigating, and is prohibited from commenting on an ongoing investigation (AS 47.32.180). We will share information as soon as we can, as long as it will not compromise the investigation. Because this is an unusual and complex case, we must ask for the public’s patience while we thoroughly and carefully investigate.”

KTVA has since submitted a formal Freedom of Information Act Request for the above information.