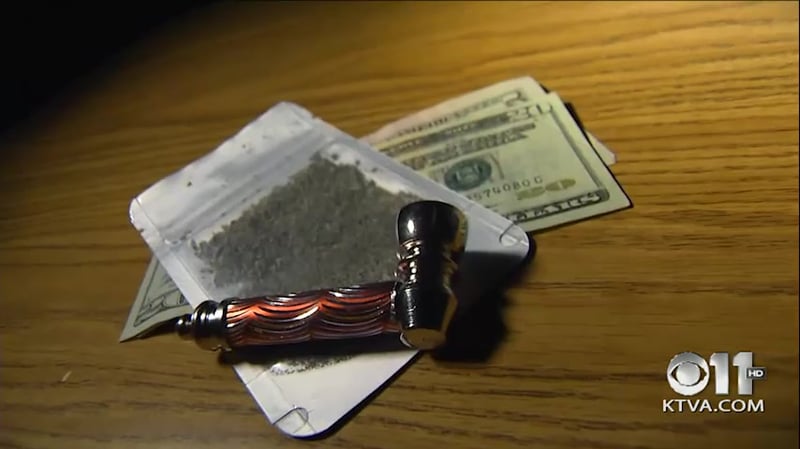 The Anchorage fire and police departments have received calls about spice overdoses daily — if not hourly — since the drug became popular mid-summer. There have been 872 people transported to the hospital for health emergencies suspected to be related to spice since July 18.

Most of the calls sent crews to the Bean’s Café soup kitchen and the Brother Francis shelter.

“Drug dealers have really preyed on this population,” said Lisa Sauder, executive director of Bean’s. “They made a very deadly substance readily available and very cheap.”

She was grateful to hear the Assembly unanimously voted to change the laws regarding spice possession and distribution. Previous laws issued offenders a $500 fine as a civil offense. Now, selling or having spice is a criminal act. Selling the drug could result in a year in jail and a $10,000 fine, while people possessing spice face six months in jail and up to a $2,000 fine.

“We’re encouraged. We certainly don’t think it’s the answer to everything, but I think it’s definitely a step in the right direction,” Sauder said.

As of midday Wednesday, police had made one spice-related arrest, although the circumstances behind it were unclear. The Anchorage Police Department said the change in the law should help protect the vulnerable homeless population, although they remain a target for drug dealers.

“Targeting that population is not going to change,” said APD Lieutenant Sean Case, who added that the law “is a small piece of a much larger solution to a big problem.”

The staff at Bean’s shared a similar mentality.

“We’re not the ones that can solve the problems. This is a community issue,” Sauder said.