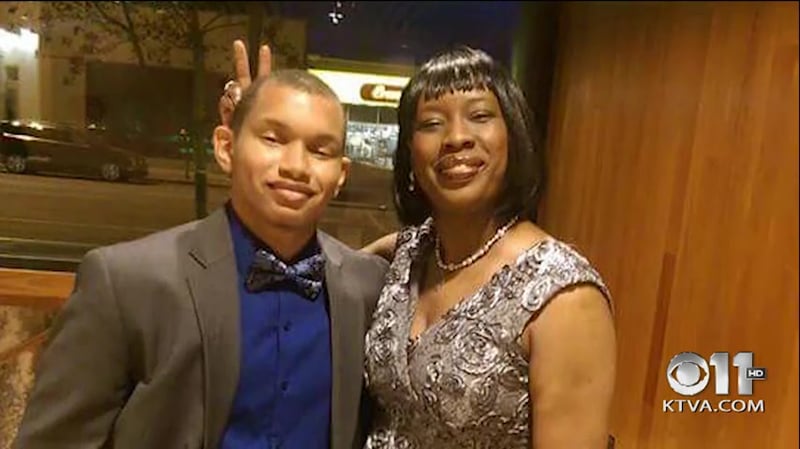 Late this summer, doctors discovered a cyst on his brain had developed into a tumor. In October, he had surgery at the University of Washington Medical Center to remove it. The stress of surgery didn’t stop him from focusing on his future.

“The night before his last surgery he spent filling out scholarship applications,” said his mother, Adrienne Reed.

In the weeks following the surgery, Caleb has received an outpouring of support from the West High community, including a GoFundMe page that has earned more than $5,000 in donations for the family.

“Words can’t even express how thankful we are,” his mother said.

The trips to and from Seattle, along with insurance co-pays, have made it difficult for Caleb’s family to keep up financially, especially because his parents have taken time off from work without pay.

“Having the community support us this way is making it a little bit easier,” Reed said.

When West High School Vice Principal Jennifer Ehrheart started organizing the “Caring for Caleb” variety show and silent auction three weeks ago, she had no idea how easy it would be to gather support.

Instead of a more traditional bake sale, Ehrheart and her colleagues decided to put Alaskans’ talents on display to raise money for Caleb and his family. The variety show will feature singers, dancers and artists from around the region. There will also be several performances from West High students. Ehrheart said the tremendous support from the community is a testament to Caleb’s character.

“He cares about everyone and is probably one of the most selfless kids I’ve ever met,” Ehrheart said. “People can feel that when they experience being around him.”

Doors open at 6:30 p.m. Friday. Ticket prices start at $10 for non-students. It is a family-friendly event.

To find out more about the event, click here.

You can also make a donation toward Caleb’s expenses by clicking here.