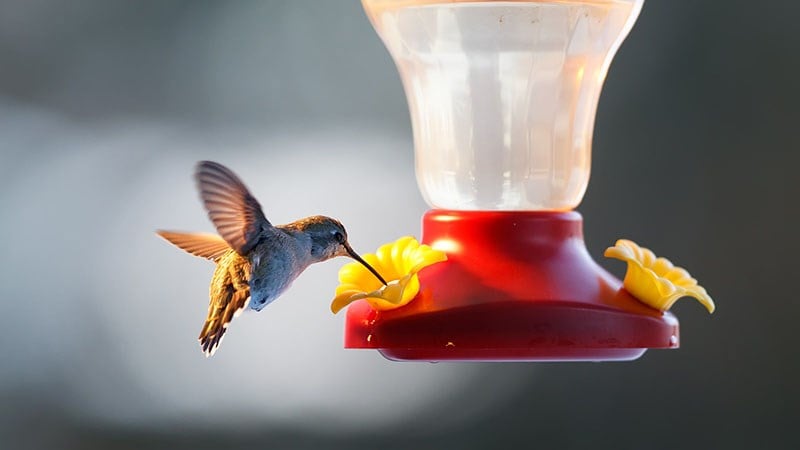 People in a Turnagain neighborhood are keeping an eye on a Costa’s hummingbird that showed up a few weeks ago. It’s a female bird weighing only a tenth of an ounce.

W. Keys, the commander in chief for the Anchorage Audubon Society, said it’s an extremely rare sighting. There are only four reports of Costa’s hummingbirds ever seen in Anchorage.

Keys said that species of bird is native to California and Arizona.

“They occasionally get as far north as Seattle, but what this bird is doing here no one knows,” he said. “It is so far out of range.”

One homeowner put out sugar water under a heat lamp so the bird would have easy access to food. Keys said Friday he was concerned about the bird because the temperatures dropped to single digits.

“Right now I can’t believe she’s not under huge amounts of stress because it’s very cold out here today,” Keys said. “Whether she makes it through this cold snap or not is anyone’s guess.”

That’s not the only rare bird sighting in that neighborhood.

Keys said some members of the Audubon Society were out watching the hummingbird when one person spotted a snowy owl on a roof nearby. He said it’s been about 15 years since one was spotted in Anchorage.

–Video will be added to this story.