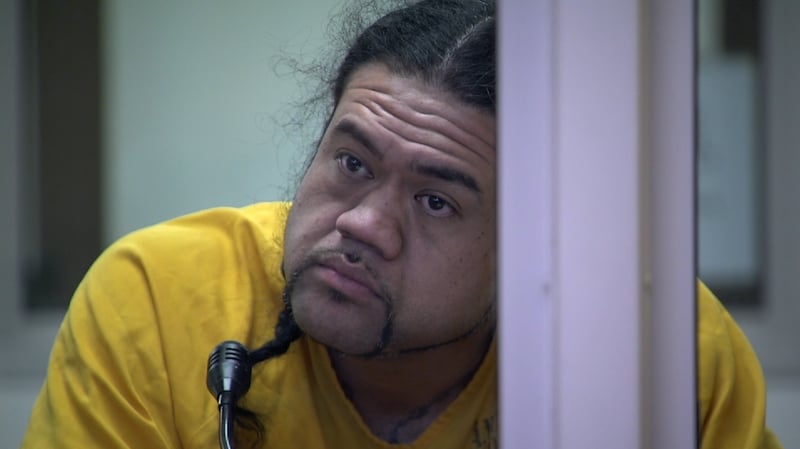 Thai Orchid after the crash

The man police say was the driver of a vehicle that crashed into a South Anchorage restaurant Friday night appeared in court Saturday.

Just after 8 p.m. on Nov. 13, a Ford Explorer crashed into the front of the Thai Orchid restaurant at the intersection of Lake Otis Parkway and Dowling Road, according to the Anchorage Police Department.

“We were sitting down eating dinner, and then I looked up and I saw the car coming straight for us, and so all I had time to really do was shield my son and then it crashed into the building,” said Danielle Bird, who was eating with her family at the time of the crash.

Earlier, police attempted to pull over the Explorer, which was “being driven by a man who was a suspect in a stolen vehicle incident” earlier in the day, according to a statement from APD. In that instance, the vehicle, allegedly driven by 33-year-old Junior Mikaele, was able to elude police. Later that evening, however, police again tried to follow the vehicle, but the Explorer collided with another vehicle at Lake Otis Parkway and Dowling Road and struck a light pole before crashing into the restaurant.

Mikaele reportedly fled the scene following the crash “because he did not want to go back to jail” — but he was taken into custody a short while later.

Police say Mikaele was injured during the crash, but none of the families dining at Thai Orchid were injured.

“Tonight was the best case scenario that could’ve happened in this situation. I thought I was gonna die, honestly,” said Desirae Hermann, who was also having dinner.

Charging documents reveal Mikaele did not have a valid driver’s license at the time of the arrest. He faces several charges relating to the incident, including failure to stop at the direction of an officer and leaving the scene of an accident. He is also being held on unrelated warrants, police say.