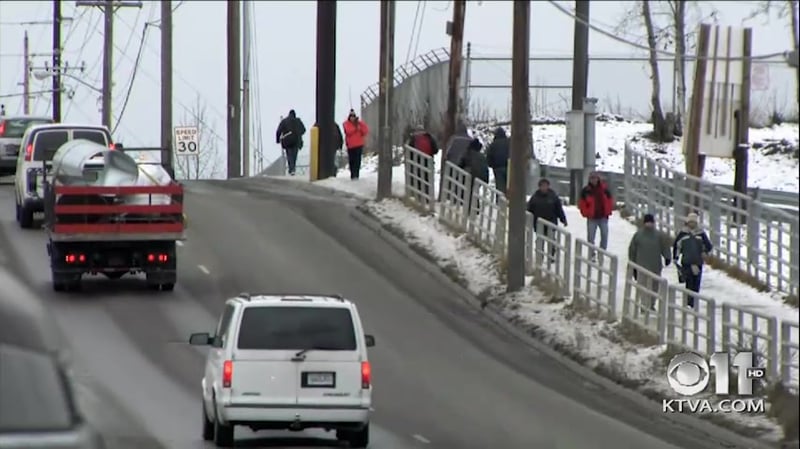 Some people at Bean’s Café and Brother Francis Shelter in Anchorage have had a tough time with spice, alcohol and dealing with mental health issues. But we discovered another problem there recently.

We found several drivers speeding along East Third Avenue where both facilities are located. With our radar gun in hand, we observed cars traveling at speeds of 40 and even 50 mph. The speed limit along East Third is 30 mph.

The Anchorage Police Department said they’re worried an intoxicated client, or someone on spice, will walk onto the icy street and be hit by a car. Former Beans client George Shoogukuwruk said he’s worried about crossing the street.

“I almost got hit one time,” he said.

As we were interviewing Shoogukuwruk, a car raced by at 54 mph.

Bean’s officials said they have given out reflective tape in the past to clients so drivers can see them better. Bean’s staff say they plan to give out the tape again this year.