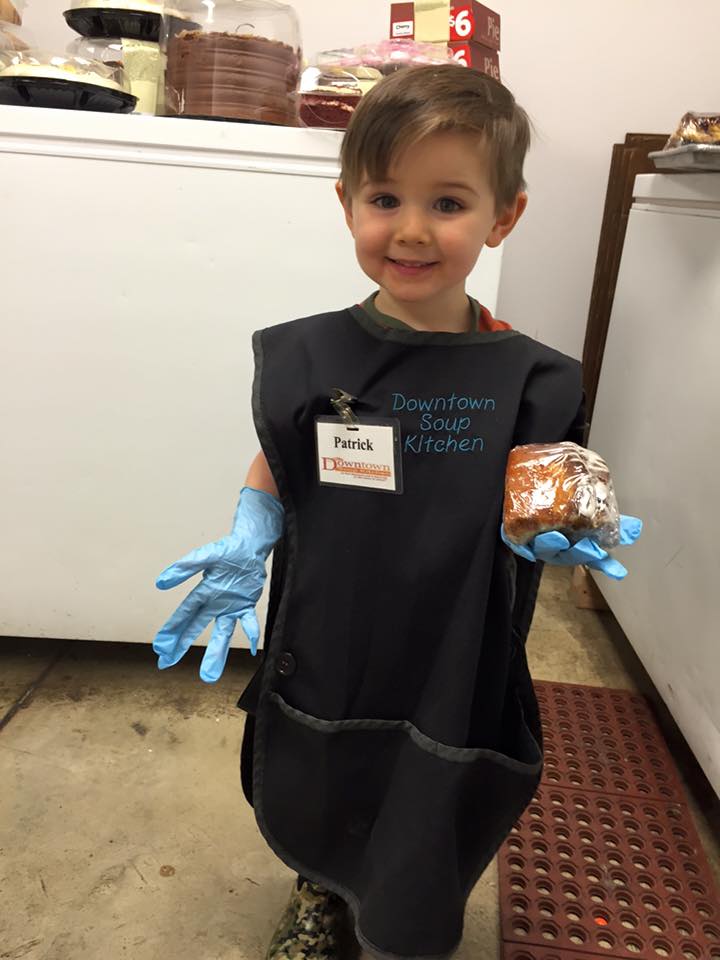 Indicative of the season, a Christmas tree proudly sits in the living room at the McClung residence.

Bundles of socks, a pile of coats and blankets, hats and other gifts sit under the tree.

Patrick, the oldest of Destinee McClung’s two young sons, proudly claims none of these gifts as his own; they’re presents for the community’s homeless population to have.

“It’s for all the people, and they don’t have homes,” the 3-year-old explained. “And they’re very cold.”

A few weeks ago, Patrick overheard his mom in conversation with someone else. The community’s homeless population was mentioned – and Patrick, naturally, had questions.

“Patrick said, ‘Mama, did you say there are people who don’t have houses?’” McClung recalled. “And I said, ‘Yeah, you know, sometimes people just don’t have homes.’”

McClung says when Patrick heard that some of the homeless population spend their nights outside in the cold, he began to cry. A video McClung posted on her Facebook page shows Patrick in tears.

“I don’t want them to sleep on a piece of cardboard,” the Anchorage toddler says through sobs.

McClung says she’s never seen her son react that way to anything.

“He’s 3, and everyone he knows has a house and has food and has toys,” McClung said. “And so it really genuinely hurt his heart to kind of realize that there are people that go without.”

But those tears quickly dried up when Patrick learned there was a way he could help the homeless. He and his mom made signs — calling for socks, cold-weather gear, diapers, toiletries and other items — and set up boxes around town so others could donate to Patrick’s passion project.

But that’s not all – Patrick also started volunteering at the Downtown Soup Kitchen.

“Patrick helps out with desserts,” McClung said. “Then he stands there and hands out the desserts and talks to the people.”

In a matter of weeks, Patrick and his mom have received seven garbage bags full of donations – and they keep coming, McClung says, adding that even their out-of-town friends have pitched in.

“I feel a little guilty that he’s taken such a burden on himself,” McClung said. “It’s a little bit like, well, he’s 3 — I don’t want him to feel like he has to face the whole world.”

But at the same time, she says, we can all learn a lot from her young son’s will to make a difference.

“I’m so proud of him,” McClung said. “I think a lot of us aren’t looking to help. We just live our lives, we’re just used to homeless people and all of the issues that are around us – it’s just normal.”

But, she says, you don’t have to be 3 years old to take action.

She urges everyone to take a note from Patrick – just start with what moves your heart.

Patrick’s homelessness project is still in need of donations, which can be dropped off at Whole Family Chiropractic in Anchorage, 600 E. 36th Ave. All items will be donated to area homeless shelters.