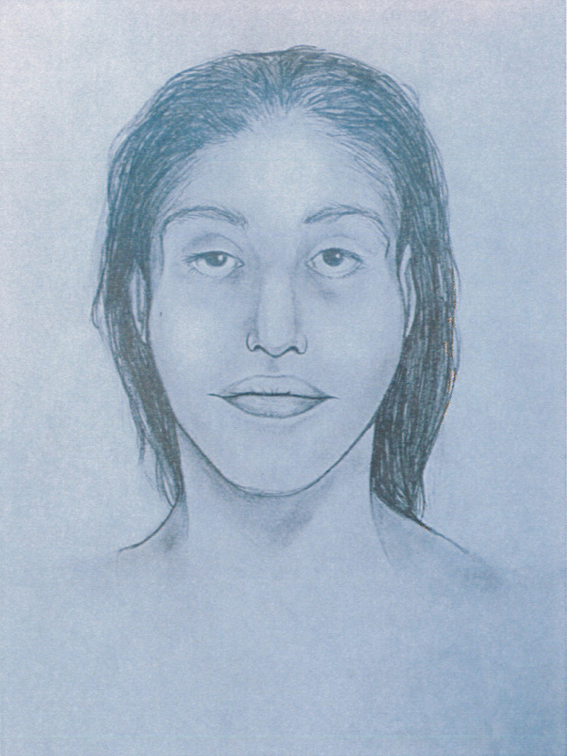 A woman found dead in a homeless camp in early November has been identified, according to the State Medical Examiner’s Office and the Anchorage Police Department.

Christy Williams, 27, was found deceased outside near Valley of the Moon Park in Anchorage on Nov. 6. Foul play is not suspected in her death, according to a statement from APD spokesperson, Renee Oistad.

The ME’s office said they received more than 50 calls that helped make a presumptive identification, which was confirmed by her family and medical records on Wednesday.

Next of kin have been notified.

The Alaska State Medical Examiner’s Office is asking for the public’s help in identifying a woman found dead in an Anchorage homeless camp on Nov. 6.

Her body was found near 537 W. 17th Avenue, near Valley of the Moon Park, according to a statement from the Medical Examiner’s Office.

An artist’s rendering was provided of the woman’s face, and the ME says she has brown eyes and black hair. She is roughly 4-feet-6-inches tall and weighs around 84 pounds, according to the ME’s office. The ME said the woman may be 18 to 35 years old.

KTVA hit the streets with the sketch Tuesday afternoon to see if anyone knew her. Within minutes of arriving at Bean’s Café, we met Annette Kinsey, who claims to have known the woman. She was emotional and told us her “downtown daughter” had died.

“I mentored her since she was 16 and she’s called me ‘mom’ ever since,” she said.

She said she got word from a friend who saw the photo on the KTVA website that her body had been found frozen to the ground near Valley of the Moon Park. She said she knows the woman’s name and age, and she had struggled with alcohol and spice addiction.

We’ve reached out to the ME’s office to let them know what we found out. They have not positively identified the body yet. Anyone with information on the identity of the woman is asked to call the ME’s office at 907-334-2200.

Her death is still under investigation, according to staff at the ME’s office.