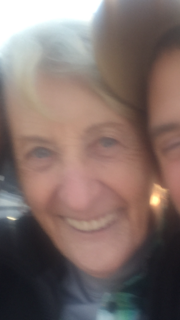 Audrey Thompson “has been located and is safe,” according to a release from the Anchorage Police Department.

The Anchorage Police Department is asking for the public’s help in locating a missing 75-year-old woman who may be driving a small red Chevy pickup truck.

Audrey Thompson was last seen on Monday around 3 p.m. near the area of Abbott Road and Vanguard Drive, according to police. She was wearing a black peacoat and blue jeans.

She is roughly 5-feet-4-inches tall, weighs 130 pounds and has short gray hair.

“Audrey’s health is in jeopardy as she does not have medication with her that she needs,” police said in a statement. “It’s also unsafe for Audrey to drive while she’s not taking her medication.”

The post UPDATE: Missing 75-year-old woman has been located appeared first on KTVA 11.