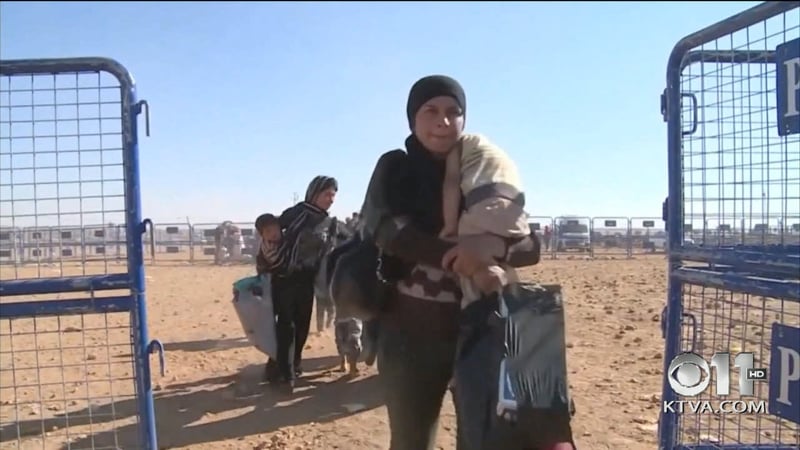 The Muslim community in Anchorage says it believes the religion of Islam is being misrepresented by the terror group Islamic State, also referred to as ISIS.

About 3,000 Muslims call Anchorage home, including people from Europe, Africa and even Alaskans. They want the state and the world to know what’s happening in Syria is against everything they stand for.

The images coming out of Syria are hard for Syrian-born Dr. Yousef Barbour to see.

His family initially fled to Syria from Palestine as refugees. He moved to Alaska eight years ago to become a doctor. He has a wife and one child.

“Syria has always been this place that people can find refuge, and now I’m seeing the Syrians are suffering the most,” he said. “It’s really heartbreaking to see that.”

The nearly five-year civil war has resulted in hundreds of thousands of deaths and millions of refugees.

“Just the fact the Syrians are preferring to go through the water and risk drowning, and you’ve probably seen all these pictures, just shows you that ISIS is not representative of what the people want,” Barbour said.

There are 1.6 billion Muslims worldwide, according to the Pew Research Center. The Central Intelligence Agency reports between 20,000 and 30,000 are ISIS fighters.

“It’s mind boggling to see them expanding with all these limitations that they have, is it the people that make them that powerful?” he said. “Iraq was stronger and they were able to eliminate the regime.”

He understands the backlash against Muslims, especially after the attacks in Paris, but wants Alaskans to know it doesn’t represent their faith.

“This is not just not Islam, this is anti-Islam,” he said.

He believes the media is creating an us-versus-them mentality, which could lead to tyranny.

“There’s a trend and I hope that there is enough education, enough tolerance, enough knowledge, and the American people educated, can know, can find out, can read and hopefully this will stop,” he said.

Because we’re all the same, he said.

“Muslims are not angels, but we’re not evil,” he said. “They are just humans with all the defects that come with the package, humans you have your faults and your good things.”

Barbour said he doesn’t have an opinion on whether Syrian refugees should be allowed into the United States. He also said he hasn’t experienced any discrimination, and that Alaskans have been welcoming to him.

Catholic Social Services, which has the state’s refugee assistance program, said no Syrian refugees have been placed in the state from among those seeking asylum through the U.S. refugee program, which has admitted 2,000 Syrian refugees since 2011. However, Barbour said he knows three Syrian families who have come to Alaska through other channels and have been residents for “a while.”