FRANKLYWNOW - AFD budget officer on administrative leave while under investiga

AFD budget officer on administrative leave while under investigation 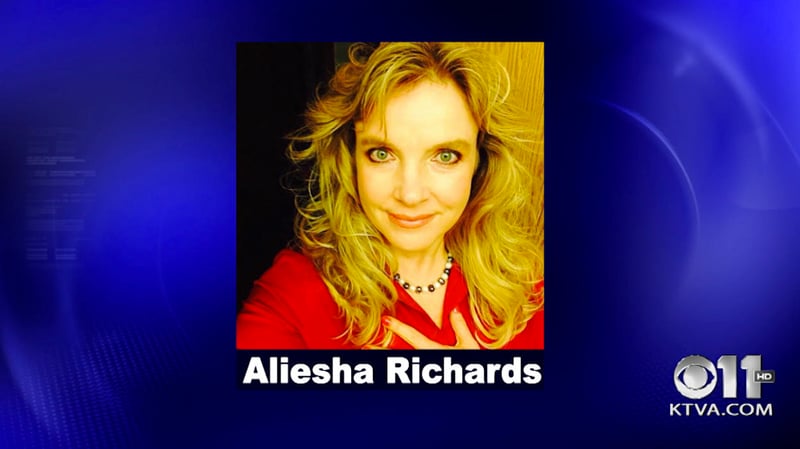 The Anchorage Fire Department is investigating the performance of its budget officer, Aliesha Richards, and has placed her on administrative leave. Fire officials have been commanded to block her access to IT software and hardware, and are forbidden to speak with her about this matter while they are conducting their investigation.

We reached out to the fire chief and to the mayor’s office Wednesday night to ask about the investigation. We haven’t heard from the fire chief, but Myer Hutchinson, communications director for the Municipality of Anchorage, sent this statement: “At this time, I cannot comment on personnel matters.”

KTVA is in receipt of more than 1,000 pages of personal and intimate text message Richards sent to fire department managers and employees during the course of business, including this text message from a firefighter. The firefighter’s messages are in gray and Richards’ reply in blue:

Wednesday, through an open records request, KTVA received payroll records for all employees of the fire department. We are still going through those.

KTVA has also reached out to Richards to comment on all of this and has not received a reply.

We’ll be following this investigation in the coming days, and will be releasing the contents of other text messages Richards wrote while serving as budget officer for the Anchorage Fire Department.

The post AFD budget officer on administrative leave while under investigation appeared first on KTVA 11.