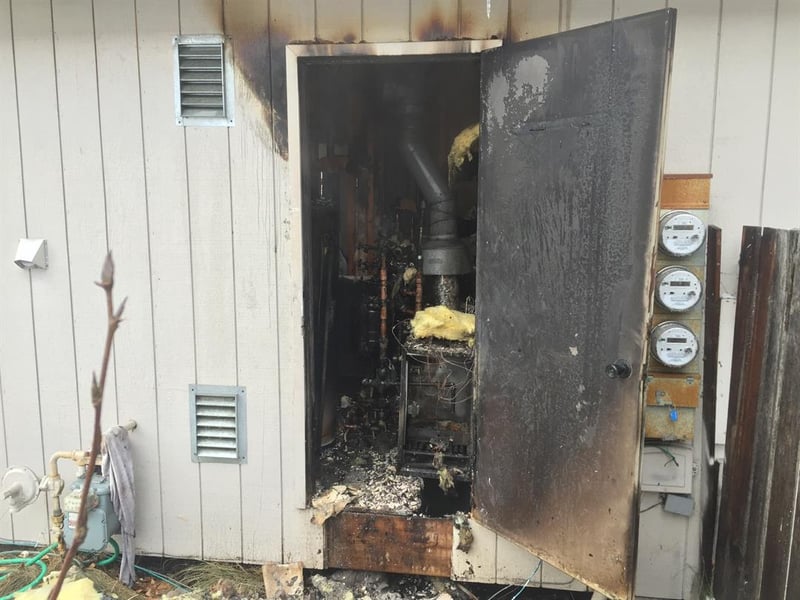 The Red Cross says two families were displaced after a duplex fire Monday morning spread into the interior walls that separated the two units.

The fire was first reported at 10:18 a.m. and appears to have started in the utility room of the building, according to the Anchorage Fire Department. The fire spread into the walls of the duplex, forcing firefighters to destroy parts of the drywall in both units to contain the fire, AFD engineer John Booher said.

The American Red Cross of Alaska responded to assist the five residents, including the building’s manager, who said the duplex was fully covered by insurance. Booher said the residents would likely need to stay elsewhere for the night due to smoke and fire damage in the interior of the residence.

“The detectors were going off in these units, so they did a good job of maintaining the batteries twice a year,” Booher said.

He noted the importance of having utility equipment checked at least once a year.