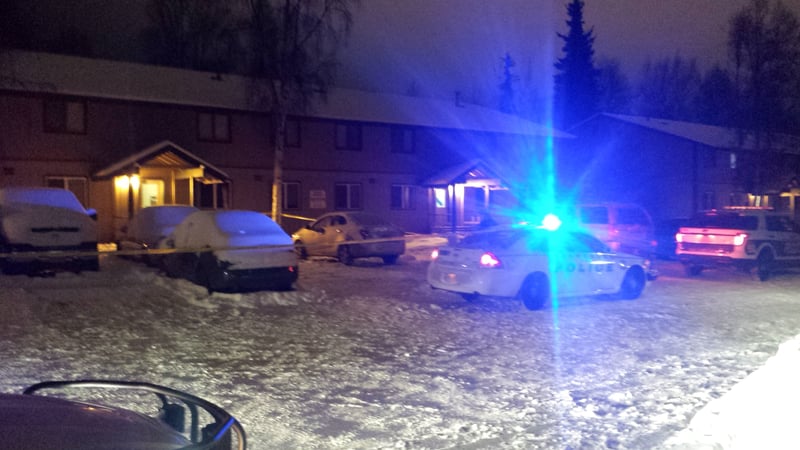 One of the victims in Monday’s Spenard-area shooting has died, police say.

The victim was declared dead at a hospital, said Anchorage Police Department spokesperson Jennifer Castro in a statement. The second victim is still in critical condition.

No one has yet been charged, Castro said. An investigation is ongoing. Anchorage police ask anyone with information to contact them.

The shooting was reported at 5:19 p.m., according to the Anchorage Police Department. The caller initially reported only one victim at an apartment complex on the 4300 block of Wisconsin Street, but when police arrived on scene, they found two male victims with gunshot wounds.

One of the victims was shot multiple times and both were transported to a nearby hospital in critical condition.

An adult male suspect has been taken into custody, according to police at the scene. Police said the victims and the shooter knew each other and the two victims reportedly confronted the suspect before the shooting.

This is a developing story, please check for details.