Thousands turn out for Thanksgiving Blessing 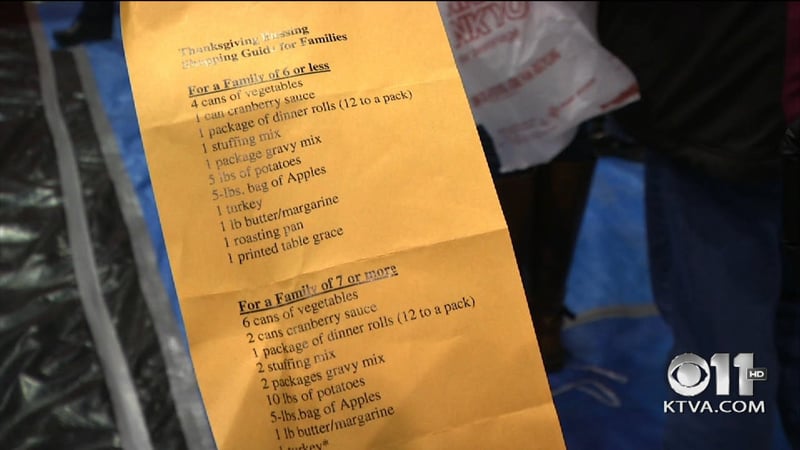 Thanksgiving is just days away, and while family time may be priceless, putting food on the table is not.

The average cost of Thanksgiving dinner is about $50, according to the American Farm Bureau. That’s part of the reason thousands of Anchorage families are seeking help.

Based on increased visits to food pantries and soup seen in 2015, Thanksgiving Blessing organizers prepared for a 10 percent jump in recipients.

“It’s amazing the amount of food that it takes — stuffing, gravy, potatoes, apples, turkeys, everything you need,” said volunteer Debbie Floyd, who signed up to assist Mountain View residents while they shop.

The community’s Boys and Girls Club was one of six distribution sites around Anchorage. People were directed where to go according to their zip code.

Floyd said the need to give is greater than ever.

“It would be really difficult to wake up Thanksgiving morning and know that you didn’t have the money to provide that for your children,” Floyd said.

Mother of two Shaunta’e Ewing, who recently lost her job, smiled as volunteers filled her bags with food.

“It helps with everything that we are going through right now. It means really a lot because we don’t have much so it really does help on a holiday,” Ewing said.

The annual event was made possible by the faith community and local food banks.

The post Thousands turn out for Thanksgiving Blessing appeared first on KTVA 11.