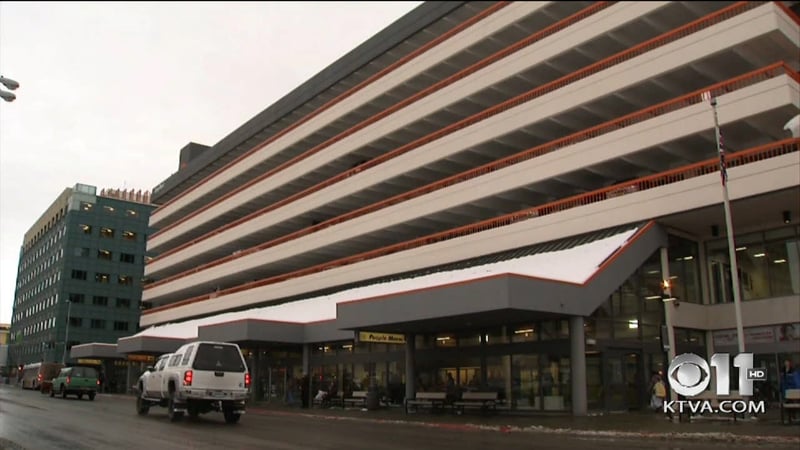 Tuesday at the downtown transit center looked just like any other day — around noon, a man was passed out inside bus 14 heading to Government Hill. The route was delayed.

Just this year, People Mover security has removed nearly 5,000 transients from the downtown stop for violations such as prostitution, drinking or selling drugs.

Many people will tell you they avoid the area.

From his corner office at City Hall, Mayor Ethan Berkowitz has a front-row view of the crime that occurs at the transit center every day.

On Tuesday, the mayor and the Anchorage Community Development Authority unveiled improvements to the downtown transit center that they hope will increase public safety and encourage nearby development.

“Not if we are going to be the kind of place where Anchorage is a safe place for everyone,” he said.

ACDA executive director Andrew Halcro said the only way to fix the building is to “shut it and gut it.”

“There is no doubt that the transit center has become a real cancer downtown,” Halcro said.

But some who spend their days there, such as Tristan McGee, said they have nowhere else to go.

“I’ve been here 15 years, there is nowhere to go. When you guys do build places for us to go you shut them down. There is nowhere left,” McGee said directly to Mayor Berkowitz during a press conference.

Berkowitz said the municipality can’t keep operating the transit center the same way and that it’s time Anchorage does something different. Some of the short-term changes people can expect to see at the transit center include increased security, longer operating hours, a limit on bathroom hours and new benches that make it harder for people to sleep on.

There are long-term plans for extensive renovation.

There is no word yet on how much that will cost, but it won’t come out of taxpayers’ pockets. Halcro said ACDA plans to fund the project in full.