Hundreds turn out for Thanksgiving Day Turkey Trot in Anchorage 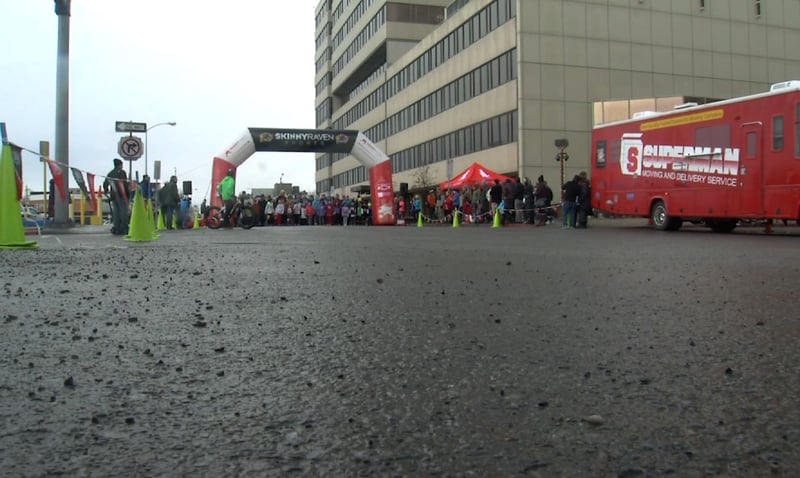 This year’s Skinny Raven Turkey Trot in downtown Anchorage was host to more than 2,100 runners, making it the largest Turkey Trot to date.

Some of the runners turned out in full costume, while others dressed for the chilly morning weather. First time “Turkey trotters” Michael and Milly Sullivan arrived decked out in turkey hats and spikes for their shoes to keep them from losing traction on the ice.

While some runners were slipping and sliding during the race, one group of runners from Chugiak High School said they weren’t worried. Most of the group, which included exchange student Oda Fowsum of Norway, said they have done the Turkey Trot together before.

“It’s kind of a tradition for us, we’ve done it almost every year,” said Olivia Mueller. “It’s kind of our family and friend thing that we always do.”

Runners participated in either a 5K run or a 3K run — the latter of which was designed for younger runners — to benefit the Food Bank of Alaska. Food and monetary donations were collected at the event, along with winter coats. Skinny Raven Sports pledged to match cash donations up to $1,000.

Skinny Raven Sports has hosted the event since 2012.

The post Hundreds turn out for Thanksgiving Day Turkey Trot in Anchorage appeared first on KTVA 11.