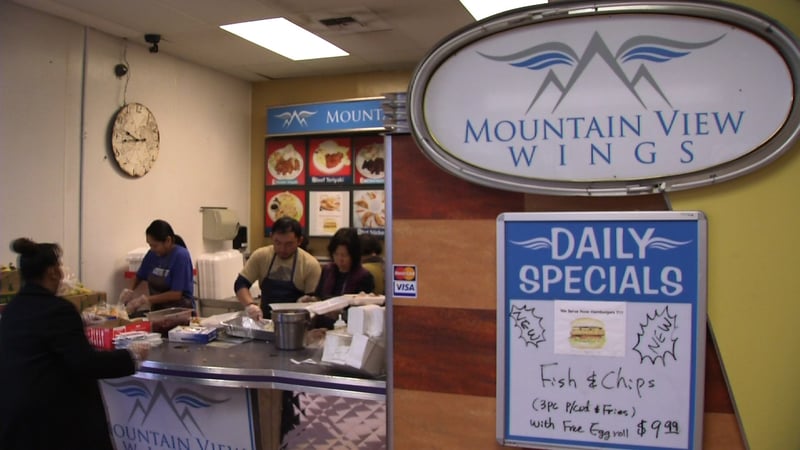 You don’t usually find a full kitchen at a gas station, but a former take-out counter in Mountain View serves a different purpose once a year. On Thanksgiving, it serves the community.

In Sook Baik owns the neighbor Shell station. Like many who have found their way to Alaska, she’s an immigrant. She moved from Korea with close to nothing.

“She’s been there. She’s been in the same situation as a lot of these families,” said her son, Peter Baik.

The Mountain View community has been supportive of Baik’s business. That’s why it has become her tradition to give back during the holidays.

“Step by step we make it a nice neighborhood,” she said.

On Thursday, Baik and energetic volunteers fed an estimated 600 people, who came from all parts of town.

“I live three blocks from here. When I passed by I saw the banner,” said Mountain View resident Rita Aau.

Anyone who stopped by was given a hot holiday meal with no questions asked.

“What a blessing. I’m not religious. I know Christ and I have the spirit. I think the spirit is within you,” Dale Smith said to a volunteer.

What most people didn’t realize is that Baik bought all the food herself and has been doing so for several years.

“It takes a village and it’s a blessing that she did this,” said volunteer Ronna Simian.

Baik said people in Mountain View share because they know what it’s like to have gone without. She said she believes thanking her customers with a free meal is the least she can do on Thanksgiving.