FRANKLYWNOW - In Anchorage, youth prepare for life after foster care

In Anchorage, youth prepare for life after foster care 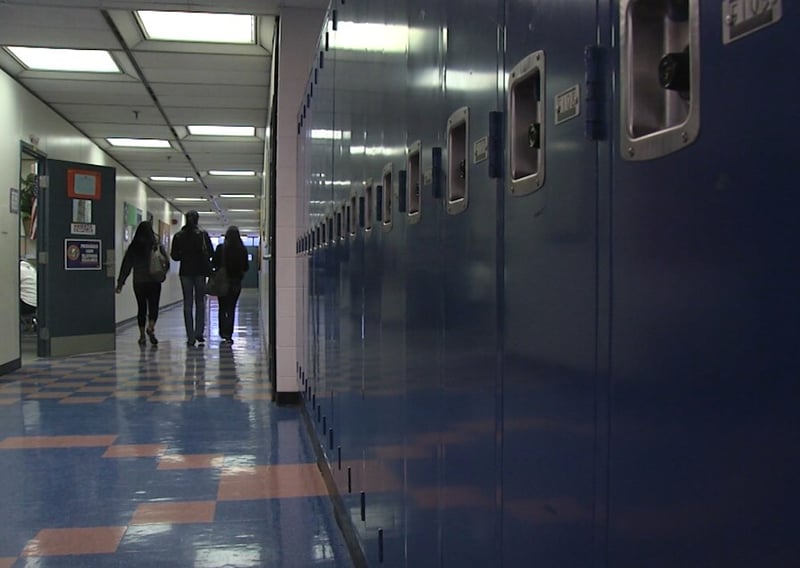 In less than a month, Jasmine Ratcliff will turn 21 years old. But she says she doesn’t feel the expected excitement about the milestone of a birthday.

On. Dec. 23, Ratcliff will be too old to remain in foster care. She’s been in the system since she was a baby, she says, and has lived in dozens of homes — some good and some bad. She acknowledges her behavior hasn’t always been the best. And although Ratcliff has lived in several cities, she says Anchorage feels the most familiar.

Ratcliff has seen her share of inconsistency in her life, but this upcoming transition out of foster care will still be challenging, she says. She’s trying to save up for a place of her own. She says she doesn’t want to end up in a shelter or on the street.

“I’m overwhelmed. I have finals in that month,” said Ratcliff, who is a student at the University of Alaska Anchorage. “So it’s just the school work and finding a place of my own is super hard because they’re like, ‘List your last landlord,’ and I’m like, ‘I’ve never had one.’”

Statistically, there’s a decent chance foster kids, former and current, will end up homeless in Alaska. A 2010 study by the UAA’s Institute of Social and Economic Research (ISER) found that 33 percent of youth who came through Covenant House Alaska had been in foster care.

Since the study, that number has remained largely unchanged, says Alison Kear, director of Covenant House, which provides shelter and assistance to homeless youth.

“They age out and they come to us as opposed to anything being intentionally done to kind of prevent that cycle from happening,” Kear said.

There are several reasons for the record-high in numbers in Alaska, says Christy Lawton, director of the Office of Children’s Services in Alaska.

In Alaska, heroin and opioid use has swelled in recent years, which can have ripple effects when it comes to children.

“I don’t think it would be a stretch to say that it certainly has contributed,” said Lawton of the spike in drug use as it relates to OCS’ numbers.

Additionally, Lawton says, OCS has made changes to practices in the last five years to “intervene in a more timely fashion than we may have in the past.”

“But the more they investigate, the more that they find and the more kids end up in foster care,” Gara said. “Which requires on the flip side, that we do something once we yank somebody out of their home, which means find them a loving home.”

For Amanda Metivier, youth education coordinator at the Child Welfare Academy, the length of time youth spend in foster care is another notable trend — and a problem area.

“Because they’re in so long, they’re also not prepared for life after foster care, to be adults,” said Metivier, a former foster kid who is also the director of Facing Foster Care in Alaska, a group that supports foster youth.

On average, youth ages 16 to 20 have been in foster care in Alaska for 36 months, says Susan Morgan, spokesperson for the Department of Health and Social Services.

“Like, knowing how to do laundry or cook. Or how to get a driver’s license,” she says. “And then they don’t have parents. So if they have a flat tire or something, there’s literally no one to call.”

If 19-year-old Rachel Bedsworth was in trouble, she says she would call Metivier, who is the teen’s most recent foster mom.

Like Ratcliff, Bedsworth says she has spent the bulk of her life in the foster care system and has been shuffled around from home to home — more than 40 times at last count.

“When I was younger, it was either I didn’t get along with the people I was living with, they got pregnant and couldn’t take care of kids anymore,” Bedsworth said. “It’s just been a long haul.”

This isn’t Bedsworth’s first time living with Metivier. She was kicked out the first time, but says she has since cleaned up her act. She’s actively involved with Facing Foster Care in Alaska, graduated high school in May and is taking classes at UAA.

“This is the best placement I’ve ever been in,” Bedsworth said.

Although Bedsworth could have left the foster care system after turning 18, she says she thinks it’s better for her to stay in until she’s 21. She gets help paying for school, and her Permanent Fund Dividend checks are tucked away for safekeeping.

“I know a couple people that left at age 18, but then they can’t find a home to stay at,” she said.

Both Bedsworth and Ratcliff say, however, that OCS could do more to help prepare foster youth for adulthood.

Bedsworth says Metivier — not an OCS employee — has been the main person to help her bridge the gap between childhood and adulthood.

OCS has an independent living program, which helps youth with things like job training and getting into college. There’s also a mentorship program.

But Rep. Gara says the state needs to do a better job with those programs.

“Foster youth face a number of hurdles in their lives,” he said. “They have to clear more hurdles than most of us.”

The post In Anchorage, youth prepare for life after foster care appeared first on KTVA 11.