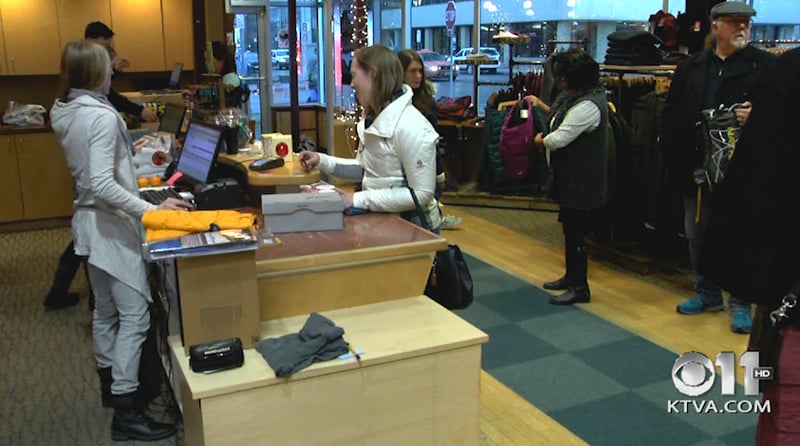 “There’s been a lot of feet through the door, which is awesome,” said general manager Ben Stolpman. “It shows that people value small business.”

Despite the fact that you can find almost all of the products Skinny Raven supplies online, at cheaper rates, Stolpman says his store offers what major online retailers Amazon and Ebay can’t.

“Maybe you don’t know what you need, but you kind of have an idea. We’re able to walk you through that, kind of troubleshoot what you’re doing and then offer you options,” said Stolpman, pointing out that customers can even try out their shoes on an in-store treadmill.

Skinny Raven’s staff members are runners themselves. Elizabeth Crow, a longtime customer, says it’s that expertise that keeps her coming back.

“I have orthopedic injuries,” said Crow. “So they always work around them. I’m able to continue running, I feel, because I shop here.”

Skinny Raven Sports has been in Anchorage for more than 20 years. Staff members say it’s loyal customers like Crow that have allowed the company to expand — now with 2 locations and a sister store, Her Tern boutique.

According to the Small Business Administration’s February 2105 report, more than 130,000 Alaskans are employed by a small business. In 2012, more than half of the state’s private workforce was employed by a business of 500 employees or less.