FRANKLYWNOW - Therapist: Teens in brutal attack video may have operated under

Therapist: Teens in brutal attack video may have operated under ‘mob mentality’ 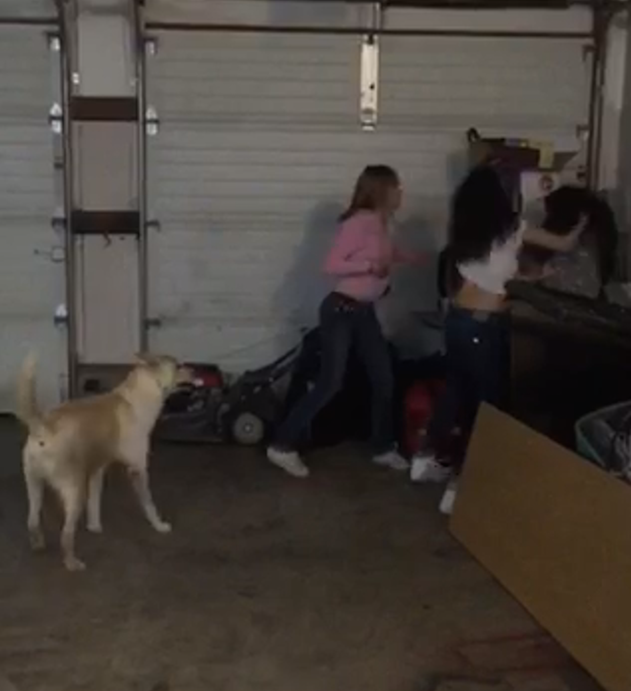 ANCHORAGE — It’s perhaps the most disturbing of all the videos, showing a violent attack on then-14-year-old Naomi Johnson. Tuesday, the family’s attorney released more footage the teens posted on Twitter after the attack.

It’s video her father, Wayne Johnson, can’t bring himself to watch anymore, but he wanted the public to see that his daughter never threw a punch. Even with multiple girls punching and kicking her, Naomi didn’t fight back.

“Emotionally, she’s still messed up from it,” Johnson said.

“If this was my child who was participating in that, I would be horrified and mortified, and then I would try to ask, ‘Where did I go wrong? What did I do wrong that I didn’t teach my child the empathy and compassion for another human being?’” said Prentiss Pemberton, a therapist who has worked with troubled teens for years.

In the most recent video clips, the teens can be seen stealing Naomi’s shoes and blocking her from leaving. They then pushed, punched and kicked Naomi. Johnson said the girls also stole her phone and posted a nude photo of her online.

Pemberton said this is what a “mob” or “pack mentality” looks like in action.

“In rioting, people do things they would never do. Generally, there’s a leader in that to get these other girls riled up, to engage the other young ladies in this, and then once it goes off, everybody kind of feeds,” he said. “It’s like sharks at a feeding frenzy or wolves, they just start tearing her apart.”

The Johnsons said it all happened in the garage of a home on Rainbow Drive. Johnson filed a $100,000 lawsuit against the homeowner, Deanna Kirgis, in October, claiming she was home at the time and knew the minors were drinking alcohol.

“The problem is, these are kids, but you look at the video, these might as well be violent adults,” Pemberton noted.

Johnson said he just wants justice for Naomi, but he doesn’t know what that justice will look like or if they’ll ever see it.

APD said they’ve finished their investigation and turned everything over to the Division of Juvenile Justice Tuesday. The only way we’ll know if the teens are held accountable is if they’re charged as adults, because juvenile court records are not released to the public.

We reached out to the homeowner several times, and Tuesday, we called the office of her attorney. They told us “no comment,” and then hung up.

The post Therapist: Teens in brutal attack video may have operated under ‘mob mentality’ appeared first on KTVA 11.