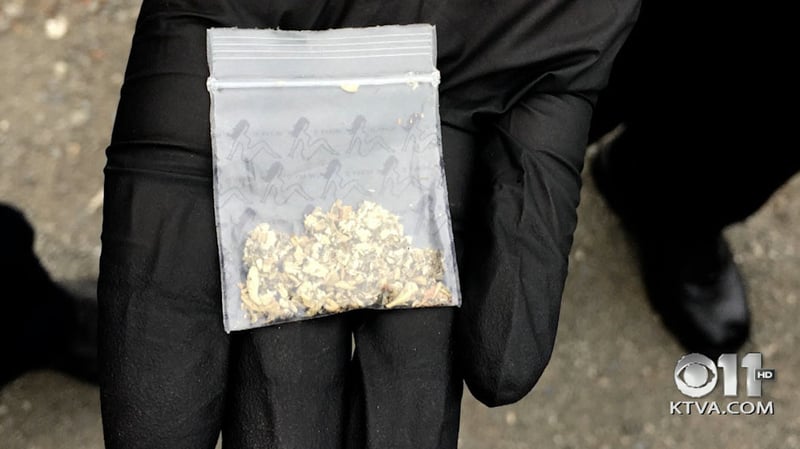 It’s been called an epidemic in Anchorage and now a new report details the effects the drug known as spice has had on our town and the people who use it.

The public health investigation was conducted by the State Department of Epidemiology. Investigators looked at data that spanned a time period between July 15 and Sept. 30. Dr. Michael Cooper said it was a time when paramedics were picking up people left and right suspected of using spice. It turns out many of them were.

“We were able to say yes, in our estimation, based on the doctor’s review and everything else, yes, spice was related and it was a big deal,” Cooper said.

Cooper said investigators looked at data from three major hospitals in Anchorage where suspected spice patients were taken. Unfortunately, Cooper said, only two of the hospitals agreed to release their medical data to state investigators. He said for the that reason, the results are not as complete as investigators would have liked.

Data they were able to analyze showed 10 percent of patients who went to the emergency room on spice were admitted to the hospital for further treatment, but some never made it that far. According to documentation from the State Medical Examiner, at least four people found dead on Anchorage streets died of spice-related causes.

“We have no way of knowing if that was the reason that they died, if that triggered this that led to their death,” Cooper said. “But we know that for four of them, whoever filled out that death certificate said, ‘I think spice was a contributing factor.’”

Investigators sought to find out why spice cases were peaking and why people’s reactions to the drug were so strong. A dozen samples of spice were analyzed at a California lab. According to Cooper, products with names like “Zero Gravity Potpourri” and “Get Real Cherry” turned out to contain some of the strongest chemicals around.

“I don’t think any of us thought there would be 11 different types of cannabinoids circulating on the streets of Anchorage at the same time,” Cooper said. “That’s pretty impressive.”

Investigators said they still don’t have all the answers even after the study, but they do have a better picture of the problem. Cooper said that’s an important first step in trying to get a handle on spice.