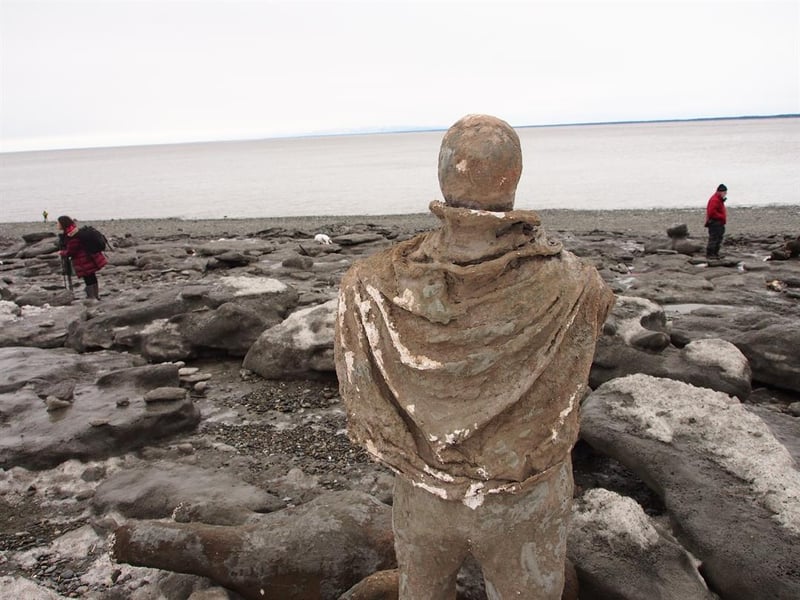 It’s a difficult sight for Sarah Davies to see—two years of work piled up on the shore at Point Woronzof after the late-November storms took their toll.

“I’m the steward of these stories, of these figures and it hurt me to watch them be battered by that storm,” Davies said.

She spent countless hours creating dozens of statues from plaster and straw for her 100 Stone project. Each one is a representation of a person who’s battled mental illness, depression and suicide. Sixty-eight will go back up, but 14 were too damaged to save.

“The second storm took what was expected to be two months-worth of weathering and erosion off of them in just a matter of days,” she explained.

With just two days to go until the official opening of her art installation on Dec. 5, Davies was glad to have help getting the figures grounded again. Volunteers from the Iron Workers Local 751 provided the manpower.

“I’ve been saying it since we started, I can’t explain why but we knew it was something we could do and what we needed to do,” said Anthony Ladd.

“It’s the way the Iron Workers raised us” he laughed.

For Davies, replacing the statues is what life is all about.

She said it’s about getting back up when the world knocks you down and asking for help along the way.