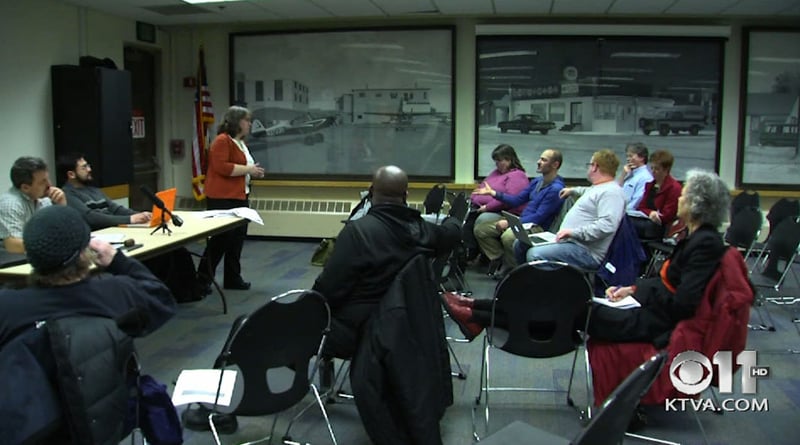 In less than three months, Alaskans can start applying for licenses to open up marijuana businesses, and Anchorage community members have a lot of questions about what that might look like.

The Anchorage Assembly committee for regulating and taxing the marijuana industry met Thursday afternoon to review the first draft of new muni code. The draft is a preview of what’s to come. The muni will finalize an ordinance once the state Marijuana Control Board releases its final regulations.

When voters opted to legalize recreational marijuana and commercial production, they did it with the expectation that it would be regulated like alcohol. But one difference is that instead of just licensing businesses through the state like alcohol licenses, the Anchorage draft ordinance gives the muni local control.

It also requires all marijuana establishments be at least 500 feet from places like community centers, churches, schools, homeless shelters and correctional institutions. And people with criminal records, or anyone who’s been operating illegally without a license, won’t get one.

Thursday night, Fairview community members wanted to know how they can be involved in the licensing process. The draft says the license applicants have to hold a community meeting; there must also be public notices and a hearing at the Assembly.

“The public will have a lot of opportunity to take a look at it. The main thing is kind of a red flag out there for the public, ‘Watch for this, it’s coming,’” said Ernie Hall, chair of the Assembly Committee on the Regulation and Taxation of Marijuana.

The Assembly will also vote on whether or not to put a sales tax specifically for marijuana on the April ballot. Hall says it could start out at 5 percent, outside of the tax cap.