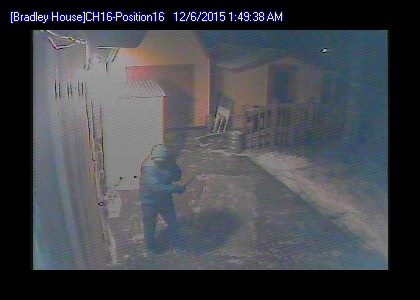 She estimated the jar contained about $700, all of which was meant for charity.

According to Bradley, the restaurant’s staff picks a charity to raise money for every holiday season. This year, the charity was Challenge Alaska, which helps people with disabilities be more active.

Bradley says the thief, whom she calls a male, tried to break in the back door with a crow bar, but after two unsuccessful blows, gave up and entered through a broken window.

She says nothing was stolen but the jar of money located near the fireplace. And she thinks the thief knew exactly what they were going after since they didn’t try to break into the cash register or steal any of the alcohol on the bar.

Bradley says she will not be putting out another jar because she thinks it will be stolen again.

Watch surveillance video from the robbery below: