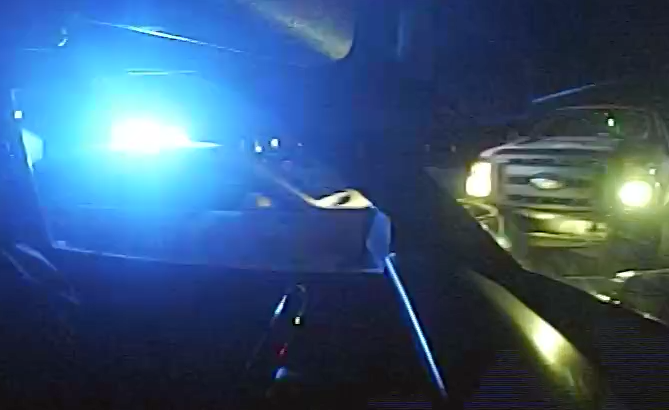 The truck was driven by 28-year-old Joshua Carte, according to an online alert released Thursday by the Anchorage Police Department.

When police located the truck, it was swerving onto the shoulder and over the middle line.

After the officer turned on his lights to pull over the driver, the truck stopped in the middle of the road and made a hard left turn as if it was going to turn around.

The officer pulled forward to block the truck, the driver then accelerated and smashed into the officer’s car, according to police.

The Ford was able to escape, drove into a ditch and then into a parking lot. The officer tried to block the driver from leaving the parking lot and returning to the Old Glenn Hwy.

The officer ordered the driver to stop and get out of the vehicle. The driver ignored police demands and drove around the officer, exiting the parking lot.

After a low speed pursuit, the driver finally stopped and surrendered to police. The driver was arrested and found with a gun and pocket knife. Drug paraphernalia was also found inside the Ford truck.

Carte, who had two previous outstanding warrants, was arrested and charged with failure to stop, driving under the influence, third-degree assault and misconduct involving a weapon.