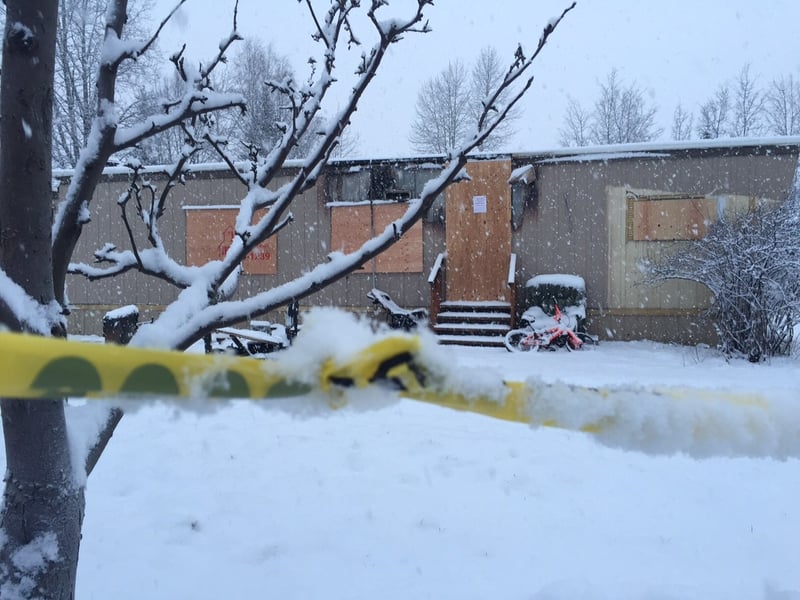 A second child has died after a trailer fire early Saturday morning.

The child’s father is 23-year-old Jonathan Poulin, who was also in the trailer at the time of the fire. The 1-year-old victim and Poulin, along with another child, were transported to Providence Alaska Medical Center following the fire, while the first child victim was declared dead at the scene.

The cause of the fire and the children’s deaths are still under investigation.

A child is dead after an overnight fire in an Anchorage trailer.

The call reporting the blaze at the Riviera Terrace Trailer Court, located on Boniface Parkway, came into the Anchorage Fire Department at 12:56 a.m.

The first AFD unit arrived three minutes later and, assisted by multiple units, crews were able to get the fire contained just before 1:15 a.m.

One adult and three children were in the trailer at the time of the fire, says AFD battalion chief Mike Davidson. One of the children did not survive. The survivors were taken to Providence Alaska Medical Center.