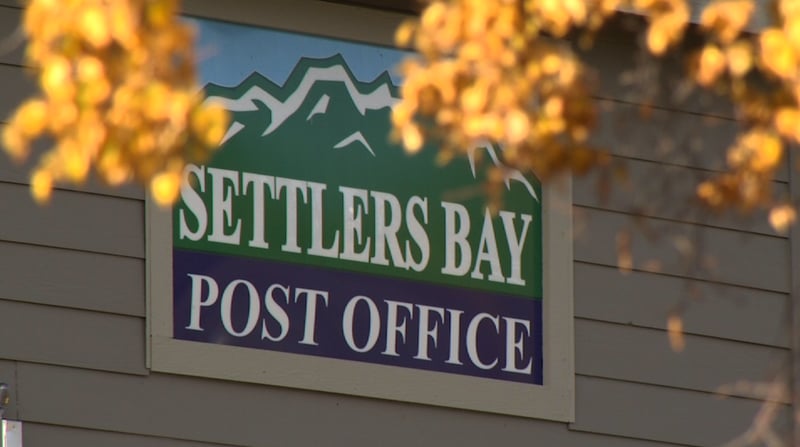 The Knik Contract Post Office reopened Monday after a sudden shutdown, federal investigation and outrage from customers. Now staff are playing catch up and racing against the holiday rush.

Waiting in line this time of year is to be expected, but Knik CPO customers no longer have to drive all the way to the Wasilla Main Street Post Office to pick up their mail or ship packages.

“We’ll see how it evolves and how everything goes,” said Knik resident Lou Holzknecht, who spent Monday morning waiting in line to mail packages.

The Knik Contract Post Office has been closed for the past three months after allegations to delayed mail. The U.S. Postal Service terminated its contract with the building’s owner, Chuck Spenelli, and only recently issued a new contract with Valley resident Giovanna Rossi.

“We worked as fast as we could and as hard as we could to reestablish service in this area,” said USPS spokesperson Dawn Peppinger. “We are pleased that today is the first fully operational day for the new contractor of the Knik Contract Post Office.”

The investigation into delayed mail allegations is pending and the USPS hasn’t shared any details.

People have their own theories about what happened, but long-time customer Carol Martin says the reason doesn’t matter.

“I’m feeling ecstatic today,” she said. “It was devastating to lose our post office.”

She’s just happy to have her post office reopened in time for the holidays.

The Knik facility rents out nearly 2,000 P.O. boxes. The Postal Service encourages people to stop by and get their packages as quickly as possible to make room for more.