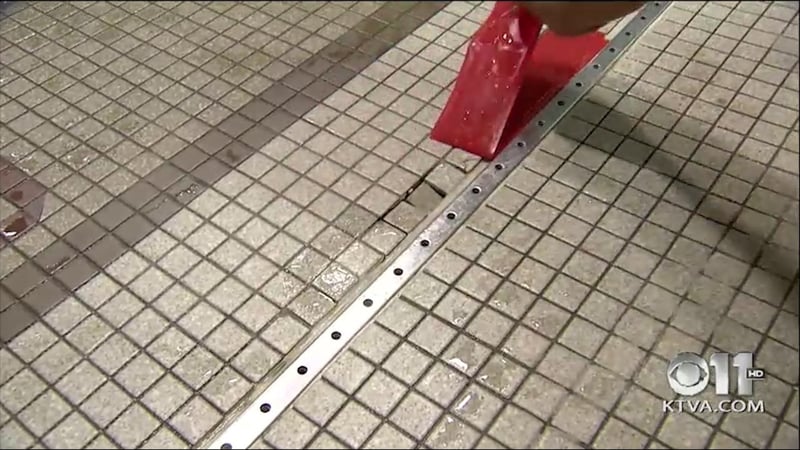 Imagine what a public swimming pool would look like after 30 years with hardly any maintenance. It’s not a pretty sight but in the Mat-Su Borough, it’s reality.

The Community Development Department is proposing a new area-wide tax to help pay for repairs. The problems at the Palmer Pool, for example, can’t simply be covered up.

He grew up swimming at the small facility and will be the first to admit it’s old.

“This is a control that hasn’t been working for 15 years. This tape is probably 20 years old,” Pickard pointed out during a tour of the Palmer Pool.

The out-of-date equipment doesn’t affect pool safety yet, but Pickard said it’s only a matter of time.

“All this stuff needs to be replaced, all the electrical, all the plumbing,” Pickard said.

The need for extensive repairs is why the Mat-Su Borough’s Community Development Department is pushing for a new $17.8 million recreation bond measure.

“We are in a time where we need to be fiscally responsible and we need to know how the folks who use the facility, or more important pay taxes in the community, what’s they’re level of commitment to funding this project,” said Mat-Su recreation manager Hugh Leslie.

The bond would cost the average taxpayer $2.88 a month for the next 20 years.

“We’ve just been patching it together as things fall apart. That’s about all we can do until we have money to fix it,” Pickard said.

The bond money wouldn’t just be for pools. It would also fix up the Brett Memorial Ice Arena and several local trails.

The proposal must be approved by the Borough Assembly before being added to next fall’s ballot for voters to decide. No decision was made at a special Assembly meeting Tuesday night.