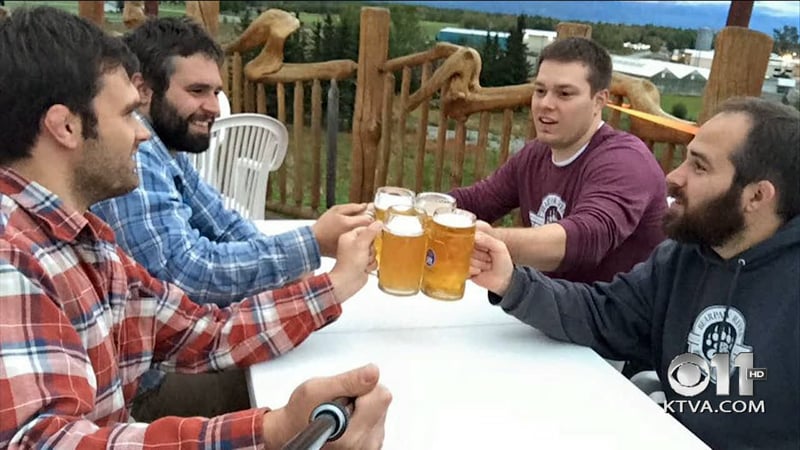 It was a love of home brewing that prompted Jake Wade to open the Bearpaw River Brewing Company in Wasilla.

“I shared that passion with my other brother, Jed, and we both started brewing about the same time,” Wade said. “Started sharing ideas and all of us jumped on board with the brewery idea.”

Running the business is a family affair with all four Wade brothers pitching in.

The brewery has been three years in the making. On tap right now — a couple of IPAs and their Mat-Maid Milk Stout.

“It’s really creamy, rich, roasty, so it does all the things you want a stout to do,” described James Wade.

The brothers were born and raised in Wasilla. When it came time to build their brewery, they decided the Mat-Su Valley was the perfect place.

“Beer is great when you can drink it for yourself but it’s even better when you can share it. So we want to share it with our friends and family,” said James.