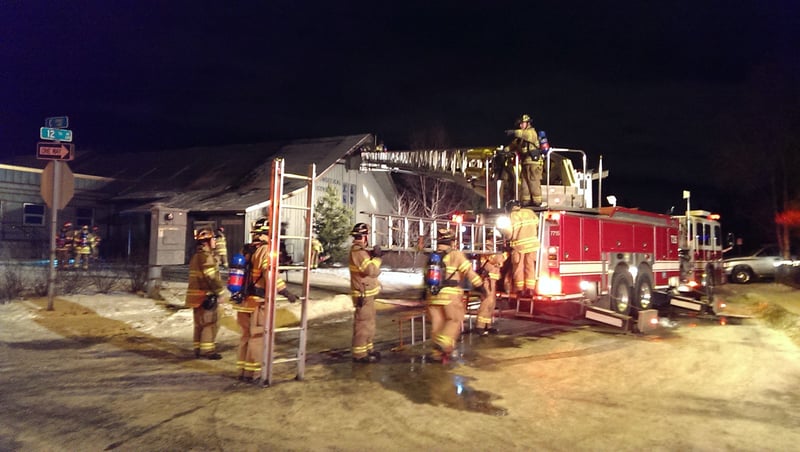 An early morning fire at a church in midtown Anchorage temporarily shut down part of C Street, the Anchorage Fire Department says.

AFD responded to the fire at First Covenenant Church, located at 1145 C St., just before 4:30 a.m. Friday. Firefighters said the blaze started in an alcove outside the building where an old couch and chair had been placed. It traveled up a side wall, shattered a window and spread to the sanctuary.

Firefighters were able to put out the fire before it caused major damage although parts of the roof had to be cut out to discourage the flames from spreading.

Fire officials say around 15 crews began looking for the source of the fire in the roof area. No one was inside the church when crews arrived, and a quick response by firefighters may have saved the midtown church from complete destruction.

Pastor Max Lopez-Cepero said the church will continue to hold services and meetings in areas of the church that were not damaged. He said if the fire was started by someone using the old couch outside for overnight comfort, the biggest tragedy is that someone had to sleep in the cold, not that a building was damaged.

Check back for updates on this story.