FRANKLYWNOW - Plane lands on Seward Highway near Girdwood, no injuries

Plane lands on Seward Highway near Girdwood, no injuries 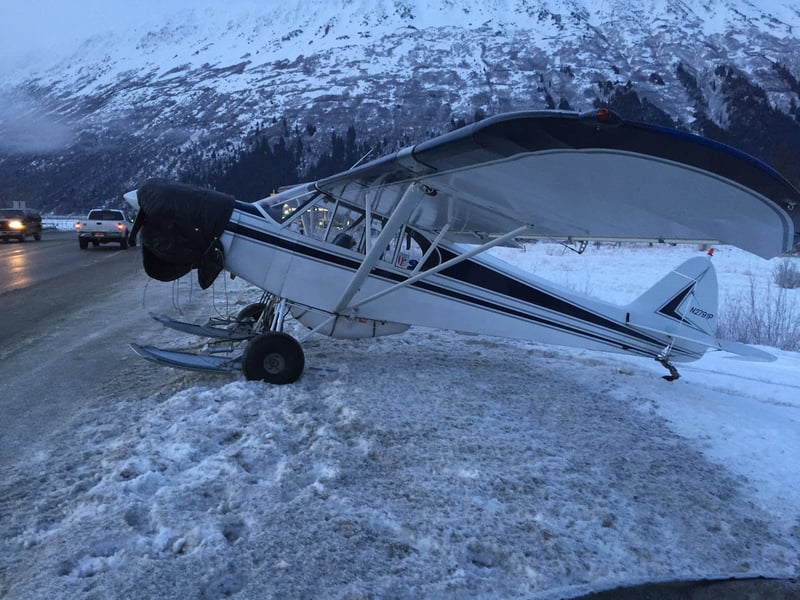 Alaska State Troopers and the Girdwood Fire Department responded to Milepost 89 of the Seward Highway following reports of a plane landing on the highway.

Authorities were alerted to the landing at 2:04 p.m., according to Girdwood Fire Chief Will Day. The Girdwood Volunteer Fire Department provided traffic control while the plane was pushed off the road onto a pullout.

Day said the road was closed for roughly 10 to 15 minutes.

The plane was carrying two people — the pilot and a passenger — when the landing occurred, but neither was injured, according to Day.

AST spokeswoman Megan Peters said the National Transportation Safety Board was contacted to investigate the incident.

“[The pilot] said she had a loss of engine power,” explained NTSB spokeswoman Millicent Hoidal.

She said the incident was being “monitored” but since there were no injuries or damage, there would likely be no further investigation.

As of Monday afternoon, the plane was still parked in a pullout along the Seward Highway.

The post Plane lands on Seward Highway near Girdwood, no injuries appeared first on KTVA 11.