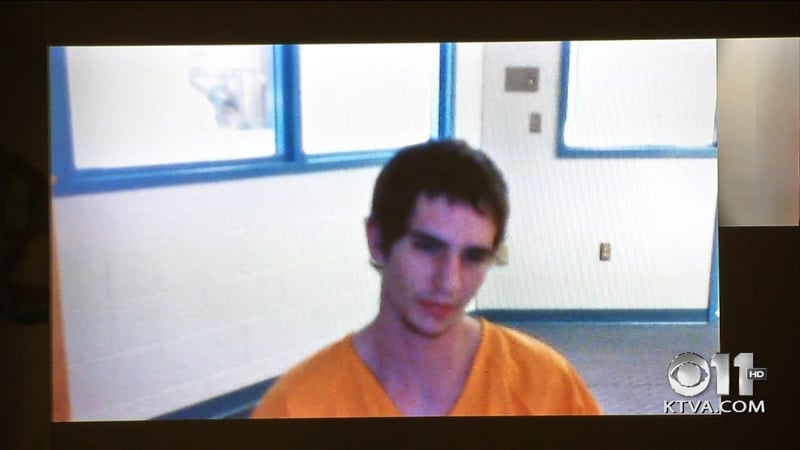 A Palmer man is in jail after police say he broke into a woman’s home, assaulted her and then stole her truck.

Alaska State Troopers were called to a home on Fairview Loop in Wasilla at 1 p.m. on Monday following a report of burglary and sexual assault, according to an online dispatch.

The victim told troopers the suspect, identified as 23-year-old Jordan King, broke into her home and struck her in the head with a gun. He attempted to sexually assault her and restrained her from leaving the residence, troopers said. She managed to escape and fled.

King then allegedly stole the victim’s truck and left the home. An officer attempted to stop him on Knik Goose Bay Road, but ignored their commands and drove recklessly, according to troopers. King crashed into an embankment and was taken into custody by troopers with the help of the Wasilla Police Department.

King faces multiple charges, including first-degree burglary, kidnapping, second-degree assault, first-degree sexual assault, third-degree theft, first-degree vehicle theft, reckless driving and failure to stop at the direction of an officer. He was taken to the Mat-Su Pretrial Facility and held without bail.

He was arraigned Monday and his next court appearance is scheduled for Dec. 31.