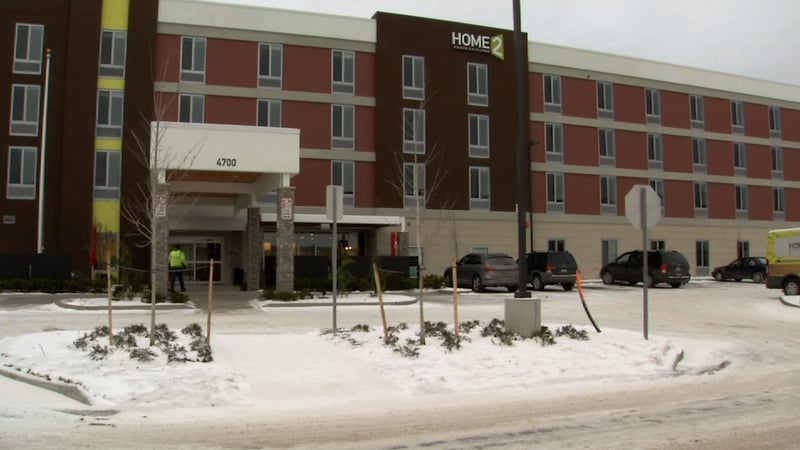 The midtown corridor along C Street between Tudor Road and International Airport Road is home to more than a handful of hotels.

“Probably about 15 years [ago] is when we first started seeing multiple hotels going up in this area,” said Saupe. “It’s proven good for Anchorage.”

Saupe says when the multiple hotels first started springing up, there was a concern that more available rooms would drop rates significantly, which would mean less money flowing in.

“But we didn’t see that, because we’ve had a nice demand line,” Saupe said.

The simple balance of supply and demand — it’s why Richard Marko says he invested in Anchorage’s lodging market.

“The summer tourist season is strong,” said Marko, who moved to Anchorage last year to break ground on Home2 Suites by Hilton, Anchorage’s newest midtown hotel. “You also have the business trade that does well during the winter months.”

While the downtown hotels see guests coming into town for conventions and the expected cruise line passengers over the summer, Saupe says midtown has its own niche market.

“Over here, I think we get a lot of the in-state travelers, family travelers, school groups coming in for tournaments,” said Saupe of the midtown hotel row. “And then corporate and business travel who maybe have business in the midtown area.”

Home2Suites follows the extended stay model — complete with a kitchen in each room — which Marko says was an intentional move to cater to that market.

“We heard from the folks who track the demographics that the average length of stay in Alaska is 11 days,” said Marko. “When people are staying that long, they like to have kitchens in their rooms … It feels more like home away from home.”

Midtown has seen significant development over the years, be it new restaurants and coffee shops, retail spaces or other guest attractions, says Saupe.

“Alaska is still very much in the forefront of folks’ bucket lists and their vacation plans,” said Saupe. “That certainly helps in the summer, but all winter long, these hotels are doing well as well.”

She adds that the daily rate on hotels in Anchorage is up by about 5 percent from last year, higher than the yearlong average rates in the Lower 48. As long as the demand for rooms stays as high as it has been, Saupe concludes midtown Anchorage will remain a nice investment opportunity for those who are in the business of providing beds and breakfast.

In fact, Marko is set to break ground on another hotel, this time a Marriott Courtyard, in the same corridor.